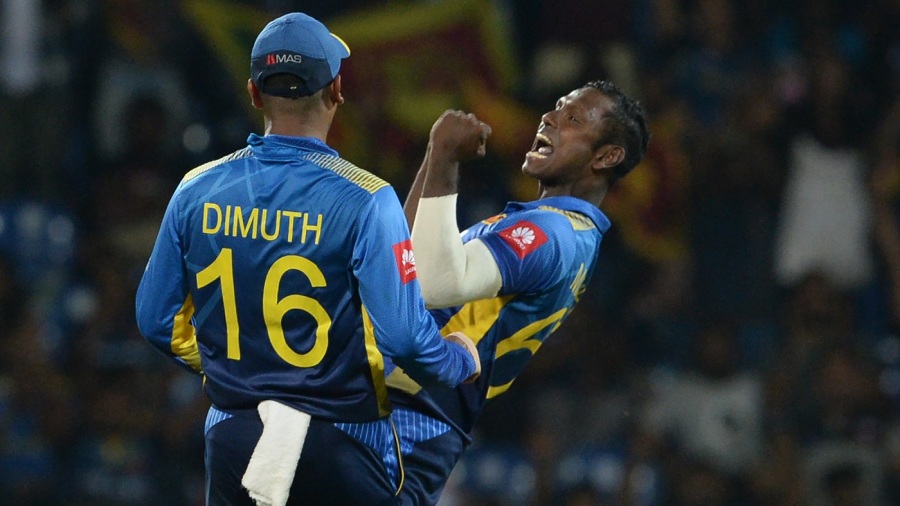 For both these teams, ODIs are perhaps their weakest format. Neither gave themselves a great chance of making the semi-finals in last year’s World Cup, and both have poor bilateral form, winning only two of their 10 previous series. As Sri Lanka move to the dead rubber at Pallekele after winning the series in Hambantota, however, they may feel they are the more resurgent outfit.

The second ODI was almost the perfect game – one of their openers hit a hundred, and a middle-order man joined him for a record-breaking partnership that came at better than a run-a-ball. Both those batsmen are relatively young – 25 and 21. Then the spinners did what Sri Lanka’s coaches hoped they would – take wickets through the middle overs, after the seamers had produced an opening earlier on.

West Indies, meanwhile, had an outing captain Kieron Pollard later described as “pretty, pretty poor”. Although their quicks have at times seemed penetrative through the course of the series, both bowling efforts so far have been plagued with indiscpline. At Sooriyawewa, West Indies bowled 10 wides and two no-balls. At the SSC a few days before that, they had delivered 14 wides and one no ball. Beyond just the extra runs and deliveries, these stats are indications that even when West Indies are not conceding extras, their bowlers may not have quite found their lines. In the second ODI especially, there were easy runs into the legside for almost the entirety of Sri Lanka’s innings.

Pallekele, though, generally offers the most seam-friendly ODI surface in the country. Perhaps West Indies’ phalanx of fast bowlers will be more effective there. But that’s only if they put enough balls in testing areas.

Wanindu Hasaranga had a good finish to 2019, but he has been outstanding across disciplines in the first two ODIs of 2020. Having won the match with the bat on Sunday, he was lethal with his googly on Wednesday, taking 3 for 30. Having hunted so long for a reliably penetrative middle-overs spinner, Sri Lanka finally have a long-term prospect on their hands. Unlike spin-prospects that came before him, Hasaranga should have no issues with his action.

West Indies’ spin options, meanwhile, have been less impressive. On the same track that Sri Lanka’s spinners would later go on to get six wickets, neither left-arm spinner Fabian Allen nor offspinner Roston Chase could get a wicket. That they only bowled six overs apiece is also a reflection of the fact that Sri Lanka’s batsmen looked utterly comfortable against them. Before the series, Pollard expressed confidence in a light-on-spin strategy, suggesting that Sri Lanka are good players of spin, so it may be better not to feed their strength. Sri Lanka, though, have actually not covered themselves in glory against slow bowling over the last few years.

West Indies may be tempted to bring back legspinner Hayden Walsh Jr, who at least took wickets at the SSC, although he was expensive.

Sri Lanka will toy with the idea of bringing Dasun Shanaka in for a match. If the pitch looks like they won’t need an extra spin option, they may leave out Dhananjaya de Silva to make room. Lahiru Kumara could come in for Nuwan Pradeep as well.

There can be seam movement with the new ball in Pallekele, particularly under lights. It is not expected to rain on Sunday, but you never can tell for sure at this venue.

“Within the next 18 months or so, we need to be among the best four teams in all formats. That’s vision of every member of the team.”