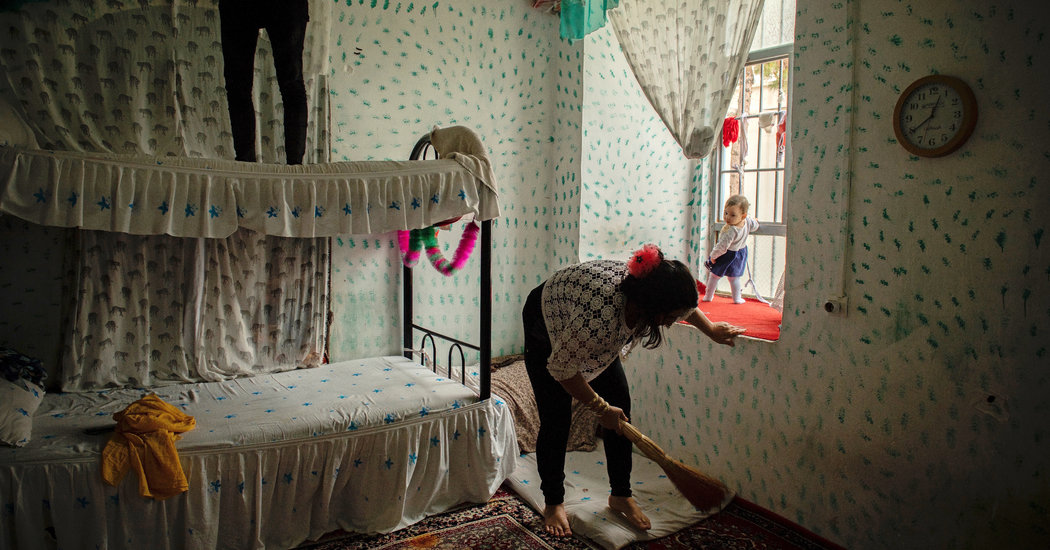 While reporting the story on single mothers (a concept that exists and yet has no word to describe it, neither in Dari nor Pashto), I learned of children living with their mothers inside prisons because they didn’t have anyone outside to take care of them.

I was very keen to see it for myself. The day I visited the prison, I was sent in with a male escort, which made it difficult to work. But as I was leaving, the prison manager whispered in my ear to come back alone after lunch so that I could work without the male escort.

When I went back, after half an hour, she left me as well and I was able to wander around on my own. I was fascinated by the structure of the prison, the decoration, the lives of the inmates and the extent of the access I was given.

Once I was on my own, women came forward to speak, sharing their stories and making radical and, at times, dirty jokes. It was there that I met a woman who had murdered her husband. This woman who had an aggressive tone, said, “I’ve lost my children, I’ve lost my dignity, and I’ve murdered my husband, do you think I have anything else to lose?”

That really struck me and stayed with me.

The photos of the prison reveal a place that’s surprisingly … normal. Mothers watch their children at play, they chat, they share meals. Was this what you were expecting?

Not at all. I had only scratched the surface when I first visited the prison in 2016, so I knew how things looked, but when I went back for this story and got a chance to spend time and embed myself with the women, that was a very different experience. Life was so normal. I struggled at times to see the place as a prison, and not a dormitory.

Tell me something about prison life that isn’t captured in your photos.

The smell is not something I want to remember. The smell of each room was different, depending on the level of hygiene, but it was always heavy, damp and unpleasant.