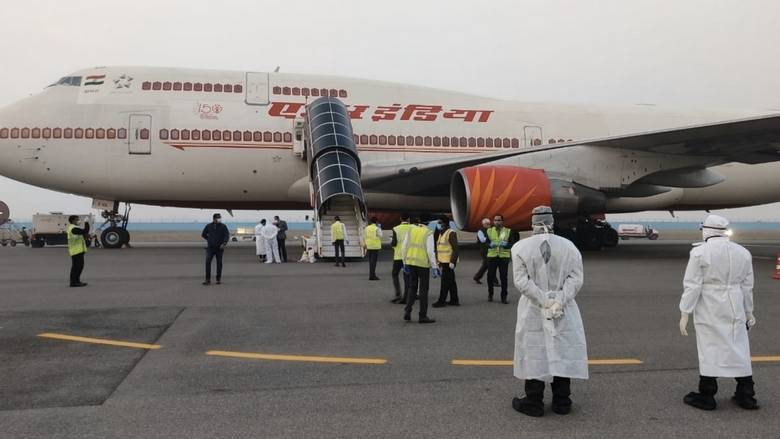 As many as 138 Indians were among the 3,711 people on board the luxury cruise ship.

A special Air India flight carrying 119 Indians and five nationals from Sri Lanka, Nepal, South Africa and Peru, who were on board the coronavirus-hit quarantined cruise ship Diamond Princess, landed in New Delhi on Thursday morning.

India thanked Japanese authorities for facilitating the evacuation of people.

Air India flight has just landed in Delhi from Tokyo, carrying 119 Indians & 5 nationals from Sri Lanka, Nepal, South Africa and Peru who were quarantined onboard the #DiamondPrincess due to #COVID19. Appreciate the facilitation of Japanese authorities.

As many as 138 Indians including 132 crew and six passengers were among the 3,711 people on board the luxury cruise ship, which was quarantined off Japan on February 5 after it emerged that a former passenger had tested positive for the virus.

Of these, 16 were tested positive for coronavirus and will stay in Japan for treatment, while the remaining will be repatriated to India.

The repatriation is being facilitated by the Indian government.

Coronavirus has infected more than 80,000 people in 37 countries, causing more than 2,600 deaths in the past few months.

Earlier this month, India had evacuated as many as 640 of its nationals from Wuhan – the capital of the Chinese province of Hubei which has been the epicentre of the novel coronavirus.