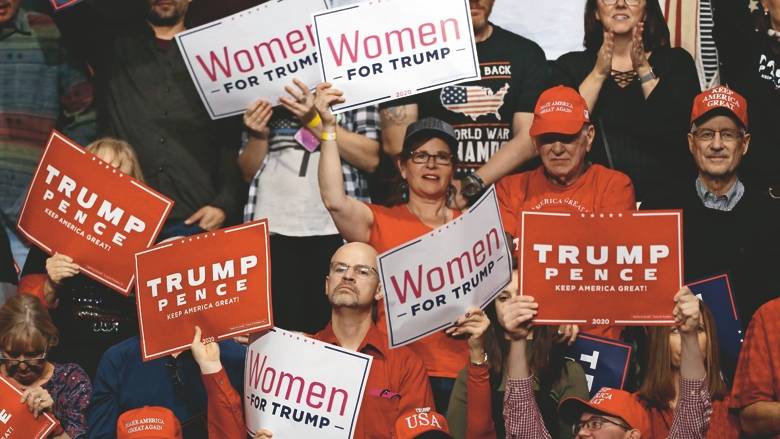 Russia is interfering in the 2020 campaign to try to get Donald Trump re-elected, US intelligence officials have warned lawmakers in a briefing that infuriated the president, who then replaced his intelligence chief, US media reported.

Trump erupted in anger at acting director of national intelligence (DNI) Joseph Maguire when he learned of the February 13 session with the House Intelligence Committee, The Washington Post and New York Times said on Thursday.

Maguire aide Shelby Pierson reportedly told lawmakers Russia was once again meddling in the US election on Trump’s behalf. Trump complained that the Democrats would use the information against him, the reports said.

The president was also annoyed by the presence of Adam Schiff, the Democratic head of the investigation that led to Trump being impeached for abuse of power and obstruction of Congress, according to the New York Times.

Maguire had been a favourite to be nominated for the permanent DNI post but Trump soured on the official, The Washington Post said, when he heard about the classified election security briefing.

The president berated Maguire in an Oval Office showdown last week for the “disloyalty” of his staff, the Post reported, effectively thwarting his chances of becoming a permanent hire.

Trump announced on Wednesday he was replacing Maguire with Richard Grenell, 53, the ambassador to Germany and a Trump loyalist.

The president was impeached in December over accusations that he tried to coerce ally Ukraine into helping him win the 2020 election, withholding military aid considered vital to the former Soviet republic in its war with Russia.

Democratic congressman Bennie Thompson said that by firing Maguire over the briefing “the president is not only refusing to defend against foreign interference, he’s inviting it.”

Schiff tweeted on Thursday that if Trump was interfering in the sharing of intelligence information with Congress, it appeared that he was “again jeopardizing our efforts to stop foreign meddling.”

US intelligence concluded that Russia interfered in the 2016 election, especially through manipulation of social media, to support Trump.

The real estate tycoon-turned-president has however repeatedly called it a “Russia hoax” and has instead promoted a debunked conspiracy theory that Ukraine intervened instead.

Trump has been at odds with much of the national security establishment since he took office and claims, without providing evidence, that a “deep state” is working against him.

Since he was acquitted by the Republican-led Senate, an emboldened Trump has been purging the Justice Department, National Security Council and Pentagon of staff he considers disloyal.

Democrats have voiced outrage over the appointment of Grenell, who has no relevant background or top-level management experience for the post in which he will supervise 17 agencies, including the CIA.