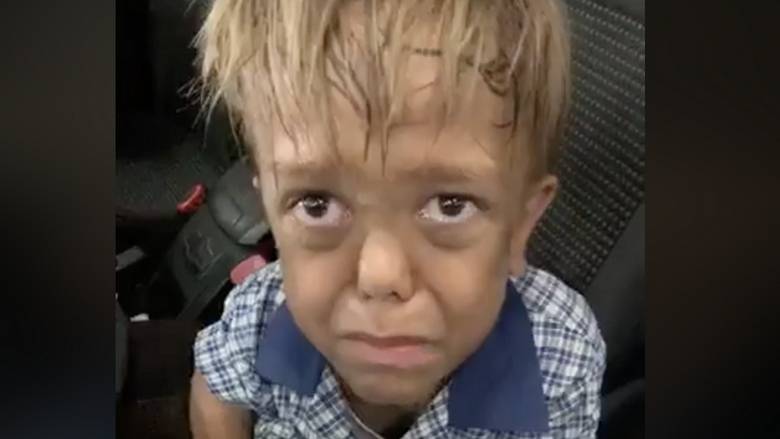 He said he wanted to kill himself in a video recorded by his mother to create awareness about bullying.

An Australian boy with dwarfism who was bullied to the point he wanted to “die right now” has received a deluge of celebrity messages and donations for a trip to Disneyland.

A video of nine-year-old Quaden Bayles uploaded to Facebook by his mother showed him crying and repeatedly saying he wanted to die after being bullied at school.

The clip had been watched more than 16 million times by Friday and the boy’s mother, Yarraka Bayles, said she was sharing it to raise awareness of the impact bullying was having on her child.

“I’ve got a son that is suicidal almost every single day,” she says in the footage.

Support for the boy built as the video spread online, and a GoFundMe page started by US comedian Brad Williams had raised over $150,000 to give Bayles a trip to Disneyland in California by Friday.

“This isn’t just for Quaden, this is for anyone who has been bullied in their lives and told they weren’t good enough,” Williams, who was also born with achondroplasia – the most common type of dwarfism – wrote on the fundraiser page.

Williams said extra funds would be given to anti-bullying charities.

Australian actor Hugh Jackman and NBA player Enes Kanter were among the hundreds of thousands posting support for Bayles.

Quaden you are stronger than you know, mate. And no matter what, you have a friend in me,” Jackman said in a video posted to his Twitter account.

Bayles will also lead the Indigenous All-Stars out onto the field in their rugby league clash with the Maori All Stars in Queensland on Saturday.