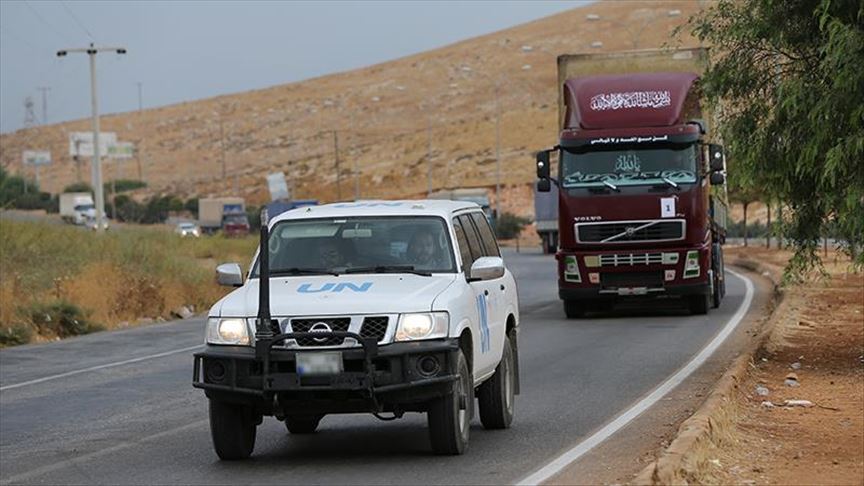 42 truckloads of aid to be distributed in northwestern Idlib province

The UN on Wednesday dispatched 42 truckloads of humanitarian aid to Idlib, a northwestern Syrian province torn by the years-long civil war.

The trucks, with supplies to be distributed among residents in urban areas of Idlib, as well as the surrounding countryside, passed through the Cilvegozu border gate in Turkey’s southern Hatay province.

Syria has been mired in a vicious civil war since early 2011 when the Bashar al-Assad regime cracked down on pro-democracy protests.

Since then, hundreds of thousands of people have been killed and more than 10 million others displaced, according to UN figures.

Idlib falls within a de-escalation zone laid out in a deal between Turkey and Russia in late 2018. The Syrian regime and its allies, however, have consistently broken the terms of the cease-fire, launching frequent attacks inside the territory where acts of aggression are expressly prohibited.

The de-escalation zone is currently home to about four million civilians, including hundreds of thousands displaced in recent years by regime forces throughout the war-torn country.