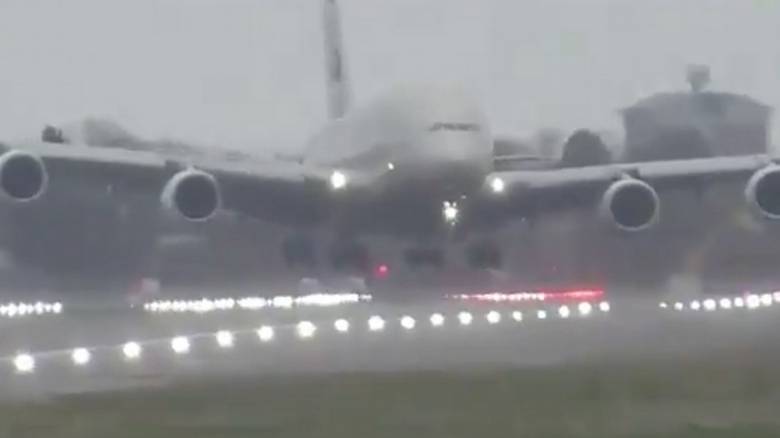 The aircraft made an almost vertical landing, at times hovering over the runway as it attempted to touch down.

UAE-based airlines Etihad and Emirates are consistently rated among the world’s best, in terms of safety, comfort, and timely performance. Behind the A-grade service is a team of skilled crew that never fails to surprise us.

As the UK is battered by Storm Dennis, giving rise to heavy winds and flood fears, video footage of a skilled Etihad flying crew deftly landing their A380 at London Heathrow has gone viral.

The passenger jet pulled off a stunning landing as it battled Storm Dennis’ powerful winds. The aircraft made an almost vertical landing, at times hovering over the runway as it attempted to touch down.

Incredible footage shows the airplane approaching Heathrow Airport. But instead of a standard, smooth landing, the aircraft struggles to reach the runway due to incredibly powerful crosswinds.

The plane approaches the runway nearly vertically, hovering meters above the ground as it tries to safely land. At one point, the intense winds push the floating airliner away from the runway, but the aircraft’s skillful pilots quickly make the necessary corrections.