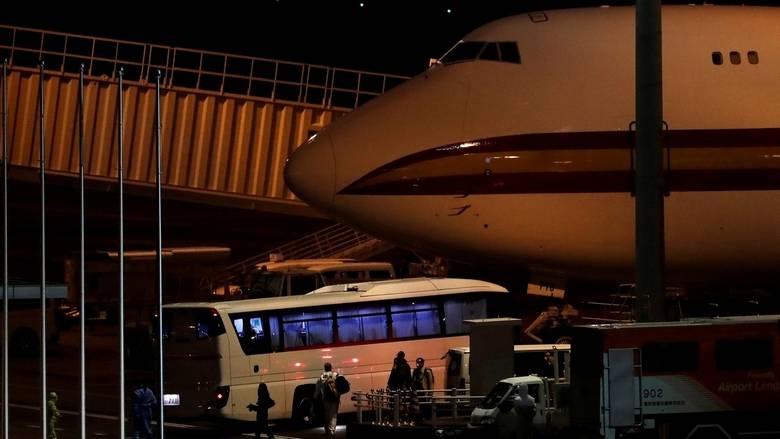 Fourteen people who had tested positive for the new coronavirus were among more than 300 US citizens and family members evacuated by plane from a quarantined ship in Japan, the US State Department said Monday.

The passengers had already disembarked from the Diamond Princess and were preparing to return to the United States on chartered aircraft when US officials were informed 14 of them who had been tested days earlier were positive for COVID-19, it said in a joint statement with the Department of Health and Human Services (HHS).

After consultation with HHS, the State Department decided to allow them onboard, but isolated them from the other passengers.

“These individuals were moved in the most expeditious and safe manner to a specialised containment area on the evacuation aircraft to isolate them in accordance with standard protocols,” it said.

“During the flights, these individuals will continue to be isolated from the other passengers.”

“Any who become symptomatic will be moved to the specialized containment area, where they will be treated,” the statement said.

The first flight is due to land shortly at a US Air Force base in California, where all passengers will undergo 14 days quarantine, while a second plane is heading to another base in San Antonio, Texas.

More than 600 people are already in quarantine in the United States, evacuated earlier from the virus epicenter in the Chinese city of Wuhan, the Centers for Disease Control and Prevention said on Friday.