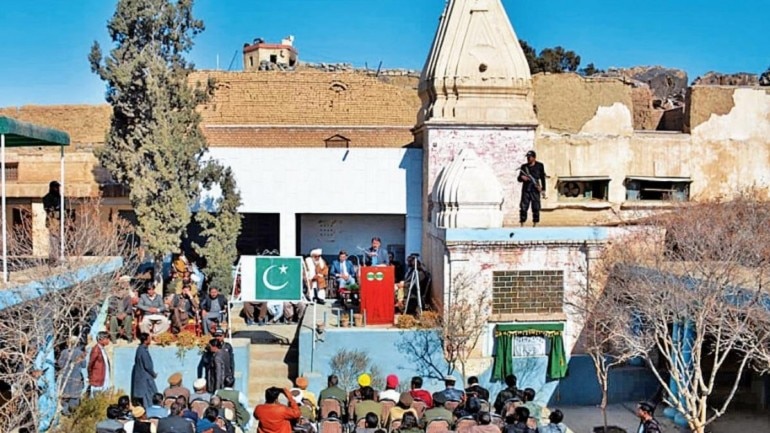 The Pakistan government will renovate, hand over 400 temples across the country.

Pakistan has reopened a century-old temple and handed it over to the Hindu community as part of its aim to renovate and transfer possession of at least 400 Hindu temples to the community across Pakistan.

The temple is located in Zhob city of Balochistan province and was under the possession of a Muslim cleric, Maulana Allah Dad Kakar, who handed it over to the Hindu community during a ceremony . Many Hindus from the province were present during the event.

Deputy Commissioner Talha Saleem handed over the keys of the temple to the Hindu community and expressed desire to establish a tolerant society with acceptability of all religions and faiths.

“Today’s event is symbolic representation of a tolerant society. The temple used to be a primary school before. Now that it has been handed over to the Hindu community, the primary school will be shifted to a proper place in the future,” he said.

“The people of Zhob were determined to respect all religions. We want to create a tolerant society and show the world that Pakistan gives space and respect to all of its citizens from all religions and faiths,” said Kakar.