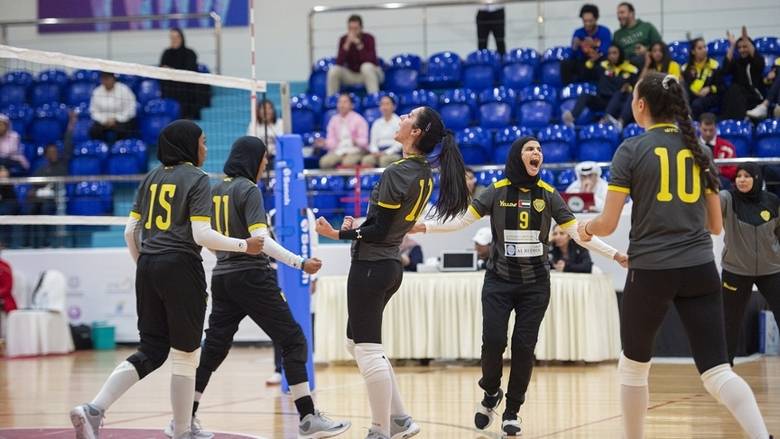 In the javelin event, Marwa Al Jasmi of SWSC secured a gold for the UAE with a throw of 24.29m while the SWSC fencers Al Anoud Al Saadi and Zainab Mohammed Al Hosani dominated the Épée Individuals nailing the gold and silver medals respectively.

In the javelin event, Marwa Al Jasmi of Sharjah Women’s Sports Club, secured a gold for the UAE with a throw of 24.29m. Fellow teammate Jawaher Al Hazimi (23.73m) bagged the silver while Kuwait’s Sara Anwar from Al Fatat Sports Club took the third position with her 21.18m throw.

Sharjah Women’s Sports Club secured their place in the volleyball semifinals after defeating compatriots Al Wasl Club 109-85 in a thrilling five-set match. The intense five-set game kept the crowds at the edge of their seats as the two teams fought tooth and nail to secure each point in the decisive match.

In basketball, defending champions Egypt’s Sporting Sports Club secured their place in the semifinals with a massive win against KSA’s Elite Athletes Club, 107-51.

Meanwhile, Jordan’s Fuheis Youth Club secured their place in the semi-finals with an 8-point lead against Sharjah Women’s Sports Club, 67-59.