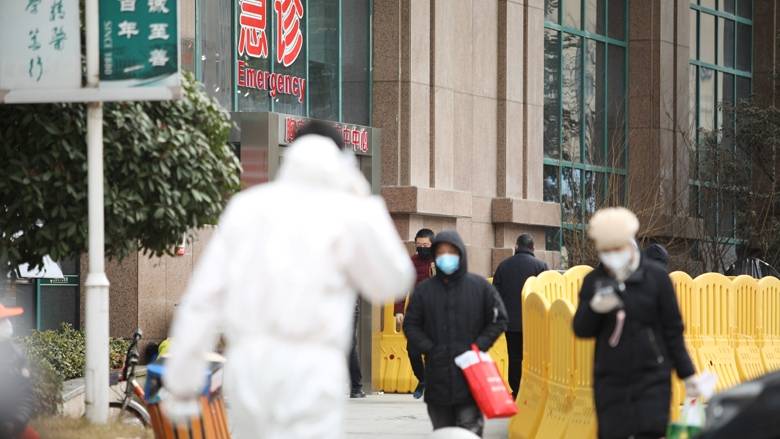 Pakistani students have been told by the government that it had to rule out their return home for the moment.

From his dormitory in the locked-down Chinese city of Wuhan, PhD student Hassan spoke to his father in Pakistan for the last time on Thursday, as the 80-year-old begged him to come home. The next day, Hassan’s father died of a heart ailment.

Hassan is one of more than 1,000 Pakistani students in China’s Hubei province, thought to be the epicentre of the coronavirus, who have been told by their government that it had to rule out their return home for the moment.

Hassan has since stepped up his efforts to travel home as his desperation grows, having missed his father’s funeral, but received conflicting information from Pakistani officials.

“They need me at this time, my mother needs me,” said the PhD computer architecture student, who asked to be identified only by one name in order to protect his family’s privacy.

His increasing anxiety is shared by other Pakistani students in Hubei, some of whom are increasingly critical of their government’s response to the situation.

Many other countries, including neighbouring India and Bangladesh, evacuated their citizens from Hubei province as the virus death toll rises, topping 900 on Monday.

The Pakistani students and their families, including young children, are stuck inside most of the day.

Four students told Reuters depression and anxiety was growing, their feelings worsened by fears of catching the virus and uncertainty as to how long the conditions would last.

A Pakistani Ministry of Foreign Affairs spokeswoman did not respond to Reuters’ request for comment.

Hassan said he was then told by a Pakistani official on Monday that they were planning to evacuate all students.

But students in Wuhan told Reuters their hopes of returning were dashed after a video conference call between students and Pakistan’s health and overseas citizens ministers on Monday afternoon in which an imminent evacuation was ruled out.

Some of the students said Pakistani officials had suggested Pakistan did not have the necessary quarantine facilities.

A spokesman for Mirza said in a statement the health minister had expressed concern for the welfare of students in the call and that Chinese rules meant no one could leave Hubei, but the situation was being monitored.

“After this call we don’t have any hope from our government that they will evacuate students,” said Sahil Hassan, another Phd student in Wuhan, who listened to the call. “We are all completely disappointed with our government.”