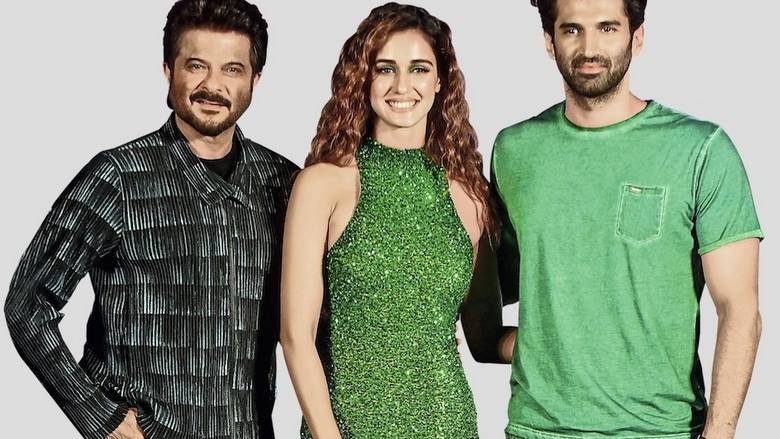 Kunal admitted that Mohit wanted him to put in some special training for the film.

Actor Kunal Khemu, who was last seen in the box office dud Kalank, is hoping his latest film Malang, whose trailer has racked up over 37 million views on YouTube, will strike a chord with viewers when it releases this weekend in the UAE.

In a telephonic conversation with City Times, Kunal revealed a bit about the film and his role, reeling us in without giving much away.

“Malang is a romantic thriller, with lots of twists and turns. What I loved about it is that it offered me a character to play that I’ve never done before. From the trailer you can tell, there is so much intrigue that you don’t really know what’s happening, because the plot of the film reveals itself layer by layer. As for my character, I play a cop, Michael, who heads a special cell of Goa Police. He’s somebody who believes in doing the right thing. And sometimes in trying to do the right thing he crosses the line. The film basically happens on one night of Christmas where everybody’s celebrating in Goa and suddenly there’s this series of murders that start happening and you realise that something happened five years ago exactly on the same night where these four characters had unknowingly crossed paths; something happened which sets off a chain reaction which leads to what is happening on this night. Like I said, it’s a very interesting screenplay and I’m sure that audiences are up for a rollercoaster ride!”

Would he call his character a villainous one?
“So this is one of the very few films where there is no clear definition of a hero/heroine/villain. All these characters have multiple layers. and you’ll see, everybody’s good and everybody’s bad and it was so tempting for all of us to be a part of it because characters like this rarely hit the screen.”

Malang also stars Disha Patani, who in a conversation with City Times was rather reticent about the film, not wanting to give away details, but opened up about her character who is paired opposite Aditya Roy Kapur’s Advait in the film. “I play Sara, who is this new-age, independent, living life from one high to another kind of girl; she is kind of exploring life and wants to overcome her fears.”
Disha says she feels close to Sara in some aspects.

“I’m not fearless, but I do things where you feel that kind of high, of doing something new. So I relate to her in that way. I’m not as carefree as Sara is. So in that way we are different but I think I can relate to her more than to other characters I’ve played in the past.”

‘Aditya is really chilled out’
Both Disha and Kunal were all praise for their Malang co-star Aditya Roy Kapur. “Aditya is a really chilled out guy and I have to say that this film is so different for him also, because he’s kind of playing a part that he never played.. The whole presentation of him in this film is of an action hero and he’s never done that before. I’ve seen him work so hard and I’ve really enjoyed working with him on this one. For both of us, it’s something that we’ve never done before,” said Kunal.

Disha’s chemistry with Aditya in the trailer has been fodder for the tabloids and fans are lapping it all up.
“He’s a great actor and it’s always amazing to work with someone who knows his job. I still feel like I’m new to the business and every time I’m working with someone I’m learning so much. He’s very nice, down to earth and always ready to help. It just feels good if people appreciate our chemistry. I think the credit goes to director Mohit Suri for making us look good together,” she said.

Is it easier when you know someone beforehand or can you create a rapport easily when you begin shooting?
“Of course it’s easier when you know the person. I kind of knew him though not very closely but we did get two-three days to do workshops and stuff together and I think we really bonded well. The first day itself we were laughing and cracking jokes and stuff so sometimes you just connect, I guess,” she said.

Reunited after Kalyug
And speaking of rapport, Kunal last worked with Mohit Suri in Kalyug. What was it like working with him after almost 15 years? Kunal said, “It was amazing. It felt like we just started where we left off – besides the fact that both of us have kind of grown up, are married and have kids. We actually bonded like the same team we were in Kalyug and there was a lot of nostalgia and a lot of catching up on things – like how we have kind of changed – he as a director and me as an actor. So it was great – I really enjoyed working with him after such a long time.”

Kunal admitted that Mohit wanted him to put in some special training for the film.
“I did have to put in some extra time in the gym because Mohit was very clear that he had certain parameters that he defined all the characters with, and my part of Michael needed a certain physicality and you’ll see in the film why. So he wanted me to be in a certain physical shape. Besides spending extra hours in the gym, all other efforts were put into trying to get that character right.”

Getting fit for Malang
Disha, who had to learn water sports for Malang, is known to be a fitness freak but reveals this wasn’t always the case. “I used to play basketball. I was into sports when I was younger, but when I came to Mumbai I started modelling and felt it was a requirement of my job to look a certain way and slowly when I started understanding a diet and a workout – I realised workouts can really help me to be stronger when I’m doing gymnastics. I started understanding the importance of fitness and how it’s important to not feel lazy or pain in your body all the time! When I’m shooting I try doing cardio in the morning. If I’m not shooting in the night, I’ll go to do weight training. Whenever I get time I make sure I go to the gym every day no matter what.”

Both Kunal and Disha hope fans in the UAE will be entertained by the film. “They have the pleasure of watching it one day before everybody else and I really hope that they go out to theatres and watch this film and give it all their love,” said Kunal.

Kunal on talking films with his ‘filmy’ family
Kunal is married to Soha Ali Khan, sister of Saif Ali Khan and sister-in-law of Kareena Kapoor, all of whom are actors. Do they talk shop at home?
“When we catch up there is so much that we want to talk about which is not to do with films because generally when we are at work or promoting a film – it’s just talking films and art and all that, so family is the only time when you talk about everything but films.”

Does he get advice from Soha?
“It’s like a bouncing board. You always kind of discuss things but at the end of the day we all take our own professional decisions. I do tell her about the stuff that I’m planning to do but it’s more of me talking to myself – regarding the pros and cons of something and she obviously does have her views. But both of us take our own professional calls.”

He revealed his favourite films of Soha, Saif and Kareena.
“I really liked Soha’s Rang De Basanti. Saif’s Langda Tyagi from Omkara is the most iconic character and that is one of my favourite parts of his. And I remember when I saw Bebo in Jab We Met – she was shining in that film!”

Kunal all praise for co-star Anil Kapoor
“Anil is someone I grew up watching and I’ve loved him as an actor. The kind of energy that he still brings on the set is infectious and we all had to match up to his energy! I know everybody jokes that he’s the youngest person on set, but he is actually, because the kind of professionalism and effort he puts into what he wants to do is commendable. I had so much fun working with him and there was so much to learn just by being around him and watching him kind of prep for this part and the way he got involved in the character.”