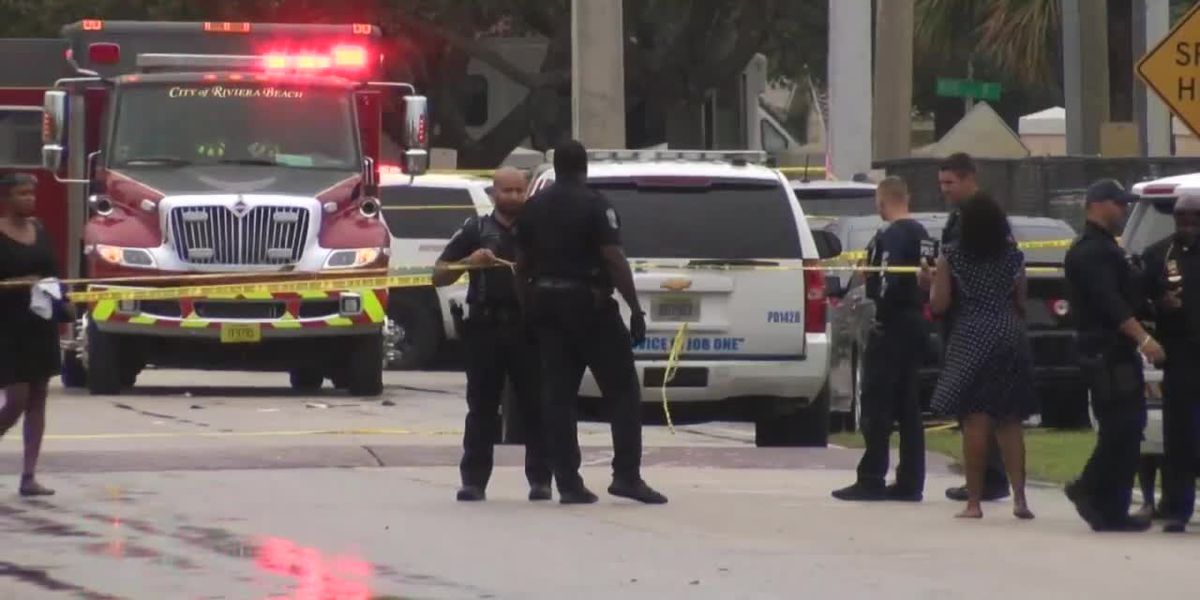 “The victims and the shooters were known to each other.”

Two people, including a teenager, were shot and killed and a juvenile female was injured by gunfire after a funeral in Riviera Beach on Saturday.

An unidentified 15-year-old boy and a man, identified as Royce Freeman, 47, were shot and died at the scene.

One unidentified female was shot and transported to St. Mary’s Medical Center by Riviera Beach Fire Rescue with non-life-threatening injuries.

Based on information provided by a police road captain, a city news release said another juvenile was shot during the incident. However upon further investigation, an updated news release hours later said the male who showed up at a hospital with a gunshot wound was injured in a different, unrelated shooting in the city.

The shooting at the church was not “a random act of violence,” Riviera Beach police said. “The victims and the shooters were known to each other.”

The godmother of the 15-year-old victim said the shooting happened after his grandfather’s funeral.

Senior pastor of Victory City Church in Riviera Beach said he was alerted there could be family tension surrounding the service and increased security with armed guards. The pastor said he also alerted police ahead of the funeral service.

However, after the service ended and security stepped away from the property, the shooting unfolded across the street.

So far, no arrests have been made.

Police said the incident is currently under investigation.