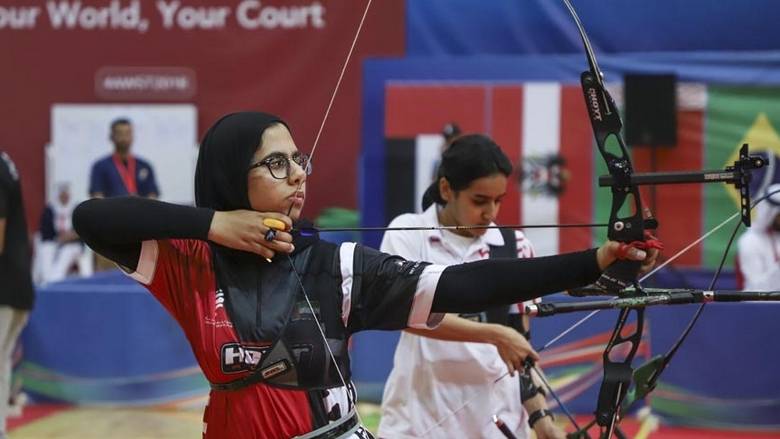 The host country will be represented by 15 teams from seven clubs in the fifth Arab Women’s Sports Tournament (AWST) 2020 starting from Feb. 2 to 12.

Sportswomen from across the UAE, the host country of the fifth Arab Women’s Sports Tournament (AWST) 2020, are gearing up to compete with athletes from 18 Arab countries in nine sports categories, aiming for a haul of gold medals. Organised by the Sharjah Women’s Sports (SWS), the event runs from Feb. 2-12, in Sharjah.

The UAE will be represented by 15 teams from seven clubs: The Sharjah Women’s Sports Club, Sharjah Equestrian and Racing Club?, Al Wasl Sports Club, Al Nasr Sports Club, Baniyas Sports Club, Emirates Sports and Cultural Club, and Abu Dhabi Cricket Club. Between them, the teams will compete in all the categories represented in the tournament, the region’s largest women’s sporting event.

On the Emirati athletes’ preparation for the event, Maitha bin Dhawi, Director of the Arab Women Sports Tournament, said: “Our female athletes are gearing up for the competitions with their counterparts from other Arab countries. Their participation will serve to further their professional careers which in turn will serve to boost the sports sector in Sharjah and the UAE.”

“Our Emirati athletes have put up a good show across the previous editions of the event, winning many medals. Their achievements over the years have managed to uplift the level of women’s sports across the UAE. All those accomplishments were the result of their dedicated training, as well as experience gained through competing in local and international matches, and from attending training camps. We look forward to furthering our successes in the forthcoming edition of the event that will add to UAE’s achievements,” she added.

Bin Dhawi underscored that AWST highlighted the significance of sports as an indicator of a nation’s development and prosperity. She noted that the tournament complemented Sharjah’s achievements in sports.