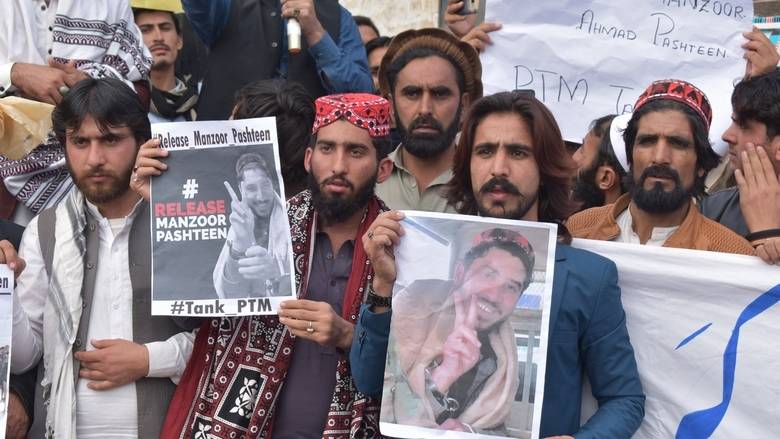 Manzoor Pashteen and other nine PTM members were arrested from Shaheen Town for sedition.

A Peshawar court on Tuesday rejected the bail plea of human rights activist and Pashtun Tahaffuz Movement (PTM) chief Manzoor Pashteen, who was arrested for sedition in Pakistan a day earlier.

The court granted permission to the police for his transfer to the Dera Ismail Khan jail from the Peshawar Central Jail where he was sent to a 14-day judicial remand.

Sources in Islamabad said Pashteen was not presented in court on Tuesday but expected to be presented before a judicial magistrate for physical remand in Dera Ismail Khan.

A leader with a massive following in Khyber Pakhtunkhwa, Pashteen has been a vocal critic of the alleged excesses committed against the Pashtun people by the Pakistan Army.

Pashteen and other nine PTM members were arrested from Shaheen Town, Peshawar on Monday morning.

He has been charged with sedition for a public address on January 18 at Dera Ismail Khan, where he had said that Pakistan’s 1973 Constitution violates basic human rights.

Widespread protests broke out in Khyber Pakhtunkhwa against their arrests on Tuesday.