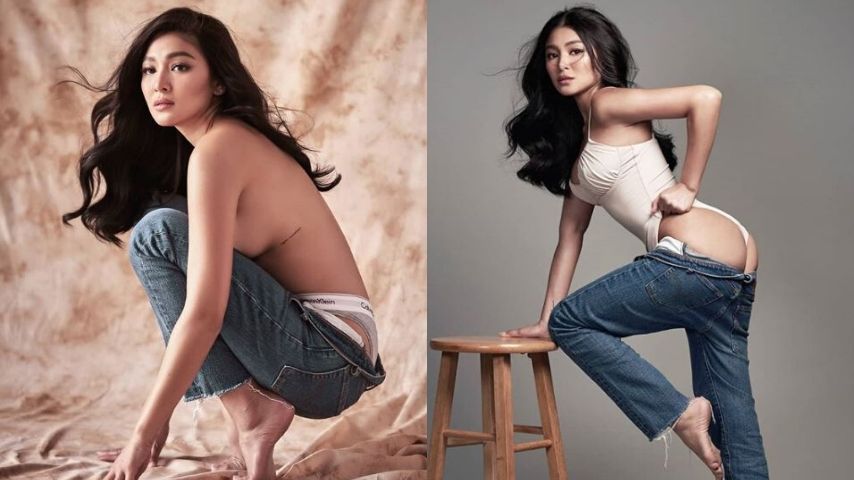 The hashtag #WeGotYouNadine trended globally on Twitter on Monday afternoon as thousands expressed support for Filipino actress Nadine Lustre. This, shortly after the announcement that the 26-year-old cut ties with Viva Artists Agency.

Lustre is now self-managed and will directly handle her own bookings and inquiries, according to a press statement circulating online.

“Consistent with her rights under the Civil Code of the Philippines, specifically Article 1920, she has decided to terminate her agency contract with Viva,” read the statement from her lawyers. (The article mentioned states: “The principal may revoke the agency at will, and compel the agent to return the document evidencing the agency. Such revocation may be express or implied.)

They added that Lustre would “directly manage her affairs from now on”.

The announcement comes days after Lustre and fellow actor James Reid — who made up the cinematic ‘loveteam’ JaDine — confirmed their break-up.

“After quiet and mature conversations, we decided to focus on ourselves not only for our careers but more for our personal growth as we are still young and we want to achieve as much as we can,” they said on January 20.

The pair — who had been together for nearly four years — were both spotted at a party on January 25, reigniting hope in the hearts of some fans.

Reid had announced in October of last year that he would leave Viva Group after seven years with the talent agency.

“To put an end to all the recent speculation, Mr. James Reid would like to make it clear that, after careful deliberation, he has decided not to renew his contract with the Viva Group,” read a statement from his lawyers.

‘NEED US MORE THAN EVER’

Lustre — who recently shared snaps of herself from her Calvin Klein #MyCalvins campaign to her 7.8 million Instagram followers — received thousands of messages of support.

Others directed their messages at both Lustre and Reid: “Spread your wings, your arms. Take your time to grow and nurture your talents and skills. Achieve all your goals. I know you both can do it,” one said.

“James and Nadine need us now more than ever… Let us always include them in our prayers,” another proclaimed.