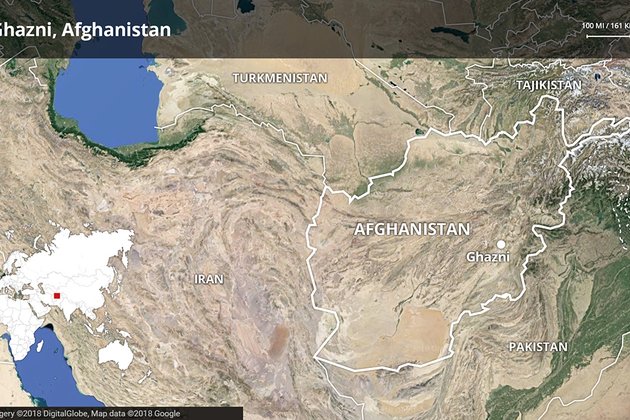 Taliban spokesman Zabihullah Mujahid seemed to suggest his people had not found the plane either.

Five people have likely been killed in a plane crash in Afghanistan’s Ghazni province, according to Sayed Abdul Wajeed Sadat, the Ghazni provincial head for the Red Cross and Red Crescent Society. He added that the plane seemed to belong to a foreign company.

The area, near Sadu and Ibrahimzai villages in Dehak district is under Taliban control, making collection of casualty details and rescue efforts difficult. The Red Cross often has access to areas under the Taliban control but the official did not share further details of the crash or whether any of his teams had reached the site.

The crash Monday afternoon was followed by confusion after social media posts suggested it was a passenger plane, but no airline declared a plane missing.

Qasim Wafayezadathe, the head of Afghanistan’s civil aviation, eventually told the New York Times it was not a passenger plane.

“Their radars knew right away no civilian plane had crashed, but were double checking to make sure. This now leaves military/contractor side of things,” tweeted Mujib Mashal, the NYT’s senior correspondent in Kabul.

Taliban spokesman Zabihullah Mujahid seemed to suggest his people had not found the plane either.

“Our search continues,” he responded when asked Monday afternoon about the crash.