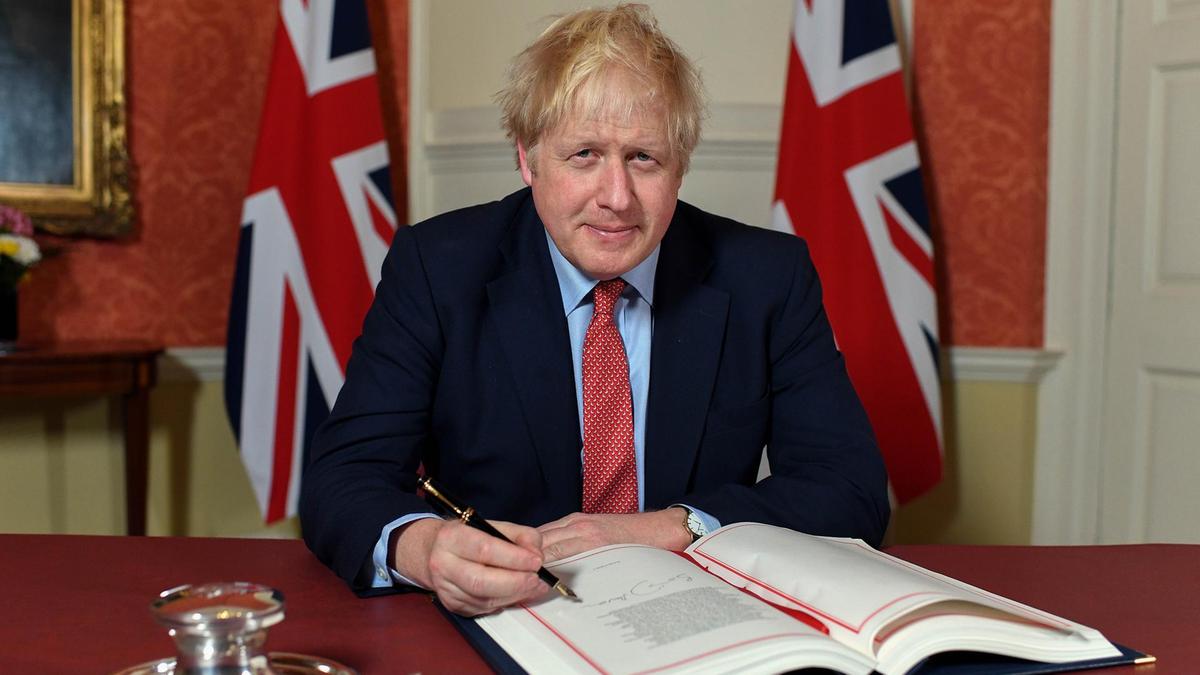 UK Prime Minister Boris Johnson has signed the Brexit withdrawal agreement governing Britain’s departure from the European Union next week, hours after the document was signed by the bloc’s top officials in Brussels.

Officials from the EU and the UK accompanied the agreement across the Channel to London, where Mr Johnson signed it. It will later be returned to Brussels.

Mr Johnson said: “The signing of the Withdrawal Agreement is a fantastic moment, which finally delivers the result of the 2016 referendum and brings to an end far too many years of argument and division.

“We can now move forward as one country – with a Government focused upon delivering better public services, greater opportunity and unleashing the potential of every corner of our brilliant United Kingdom, while building a strong new relationship with the EU as friends and sovereign equals.”

European Council President Charles Michel tweeted photos of himself signing the agreement alongside Ursula Von der Leyen, who heads up the bloc’s Commission.

Time stamps on the photos show that signing took place at around 2am local time on Friday.

“Charles Michel and I have just signed the Agreement on the Withdrawal of the UK from the EU, opening the way for its ratification by the European Parliament,” Ms Von der Leyen tweeted about six hours after the signing.

“Things will inevitably change but our friendship will remain. We start a new chapter as partners and allies,” Mr Michel tweeted in reference to ties with Britain, adding: “I can’t wait to write this new page together.”

The much-disputed Brexit bill became law in the UK on Thursday, which will the country to leave the European Union, more than 3 years after voters narrowly opted to do so in a June 2016 referendum.

The EU Parliament is expected to ratify the Brexit divorce deal next Wednesday just days before the deadline.

The UK will enter a transition period after January 31, during which time it will abide by EU rules despite no longer being a member. The transition period, due to finish at the end of the year, will allow both sides to negotiate a free trade deal.

The EU named Joao Vale de Almeida to be their ambassador to post-Brexit Britain on Friday. The Portuguese nationalto take up his duties on February 1, the first day the UK is outside of the bloc.