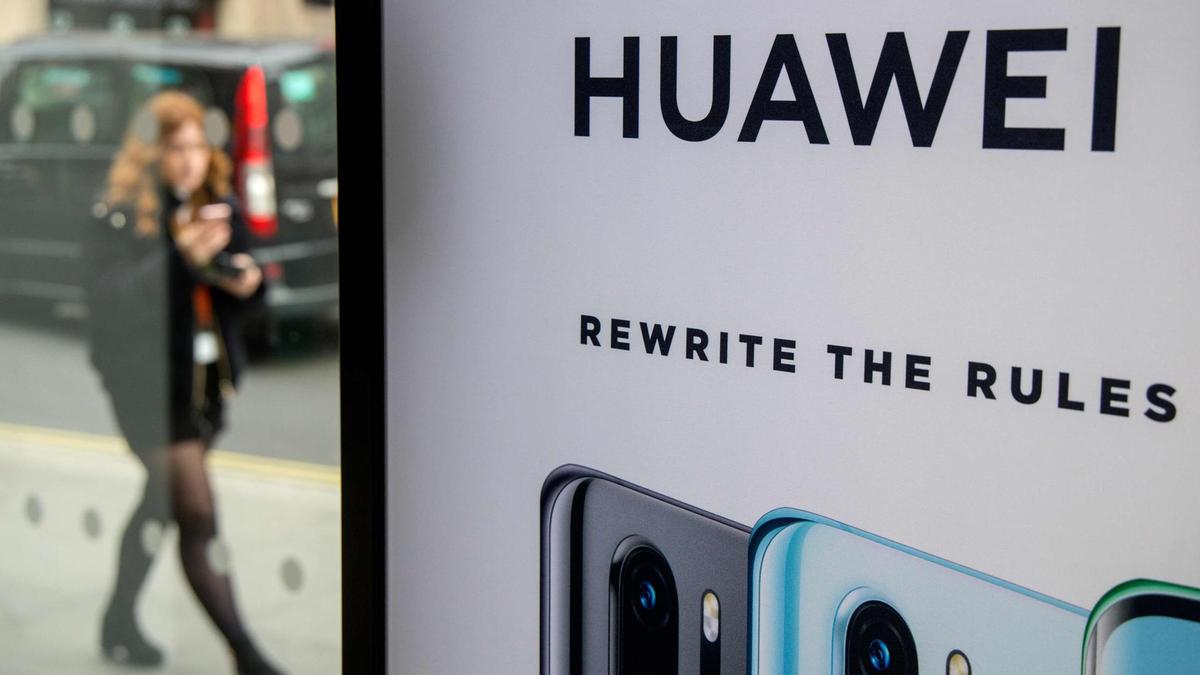 Commerce Secretary Wilbur Ross said new rules are coming soon that will put more limits on US companies supplying China’s telecommunications leader Huawei Technologies. Huawei was blacklisted last year as a security threat by the administration of President Donald Trump. That prevented many US companies from selling to the Chinese company. However, some US suppliers worked around the rules to continue sending some crucial electronic components to Huawei.

“They are works in progress that will come out near-term,” Mr Ross said of the new restrictions, during an interview at the World Economic Forum in Davos, Switzerland. A commerce department spokesman said the department will make an announcement when it is ready.

Mr Ross said the ultimate US objective is not to cut Huawei off from all American supplies, but instead to protect national security. He added that restrictions on Huawei were not negotiated during phase one of the trade agreement with China. The next step in that broader process isn’t currently active, he said.

“As we stand right here, there’s no particular intent to negotiate it in phase two,” Mr Ross said.

A further clampdown may jeopardise Huawei’s ability to continue making some of its biggest products. Chinese officials have threatened retaliation against businesses that stop supporting the country’s largest technology company. Huawei has denied it helps the Chinese government gain illicit access to information and has said its equipment is secure.

Mr Ross earlier said on Bloomberg TV that Huawei has been encouraging US companies to flout the rules which is a “very dangerous practice and in the longer term is not going to be good for them.” The US government is taking a close look at export control mechanisms after seeing how Huawei was able to continue to buy from American companies.

Some US companies have kept selling to Huawei by citing rules that limit the US government’s ability to restrict exports. De minimis provisions exempt certain products if companies can prove the majority of work done to create the items happens outside the US. The current threshold effectively kicks in when 75 per cent of the work occurs overseas. The administration is debating raising this to 90 per cent. The rule change is currently with the Office of Management and Budget and could be approved shortly, according to people familiar with the process.

Tech Shudders as US Weighs New Limits on Huawei SalesA separate new regulation that governs the direct supply of products is under consideration by the Commerce Department and could make its way through the process in a matter of weeks, according to the people. That rule would apply to products that are designed in the US but manufactured entirely overseas, said the people, who asked not to be identified discussing private deliberations.

Huawei is one of the world’s biggest purchasers of chips. US semiconductor makers have argued that a complete clampdown is counterproductive as many of the parts Huawei needs can be bought from non-US providers. The industry is also concerned that access to the Chinese market as a whole will be curtailed, a development that could hinder investment in research and development. The industry has made these arguments to Mr Trump.