Thousands of supporters of Shiite cleric Moqtada Al Sadr rallied in Baghdad on Friday for the populist leader’s “million man march” against the US presence in Iraq.

Yet the numbers fell well short of Mr Al Sadr’s targeted million, and crowds had largely dispersed by early afternoon, with a some heading to the capital’s Tahrir Square, the site of months-long anti-government protests, and others taking buses home.

In a speech read out to the crowd, Mr Al Sadr called for the abolition of all security agreements with the United States, adding that he would not accept anything short of a full US troop withdrawal from Iraq and the closing of American bases throughout the country.

Supporters of the cleric, whose militia waged an insurgency against US and British troops following the US-led invasion in 2003, began arriving in Baghdad’s Jadariyah neighbourhood from across the country on Thursday.

Buses, plastered with the slogan “No, No to America” were organised to bring in supporters of the cleric from as far afield as the southern cities of Basra and Nasiriyah. Demonstrators were also fed and given Iraqi flags. Mr Al Sadr had warned those turning out not to fly flags of any militias or foreign states.

It underlined a top down dimension to the rally, contrasting the more organic protest movements which have rocked the country in recent weeks.

Fearing a repeat of the storming of the US Embassy by members and supporters of Iraqi militias in late December, concrete blast walls were placed outside the diplomatic mission’s perimeter, and US officials announced the embassy would be on a heightened state of caution.

Mr Al Sadr’s Shiite rivals rallied behind the cause after he announced the demonstration last week. Yet the run-up to the march was fraught with behind the scenes bickering that led to it being cancelled after initially being scheduled for last Friday.

The more pro-Iranian elements had called for the demonstration to be held at or pass through the Tahrir Square, where thousands of anti-government protesters have been based since October.

Yet those in Tahrir Square made it very clear that they did not identify with the Mr Al Sadr as a leader of their movement, even going as far as unfurling a giant banner accusing him of attempting to hijack their protests.

The demonstration also represents Mr Al Sadr’s most high-profile activity since he travelled to Iran in the wake of the US assassination of Iran’s Quds Force commander Qassem Suleimani, who oversaw Iraq’s militias, on January 3. His visit to Qom along with major figures of the Hashed Al Shaabi, the umbrella organisation of largely pro-Iranian and Shiite Iraqi militias, saw intense discussions over the future of the paramilitary forces and resistance to US forces in Iraq.

As crowds gathered for Mr Al Sadr’s march, the number of demonstrators also grew in Tahrir Square and on the nearby overpass of the Mohammed Al Qassem expressway where vicious clashes between security forces and protesters took place in recent days.

The protest comes almost three weeks since Iraq’s parliament voted along sectarian lines on a non-binding motion to expel US forces. The motion was passed with the backing of Shiite representatives, while Iraq’s Kurdish and Sunni politicians overwhelmingly boycotted the vote. 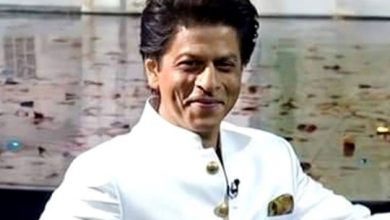 In rural France, the coronavirus bolstered a sense of community and isolation 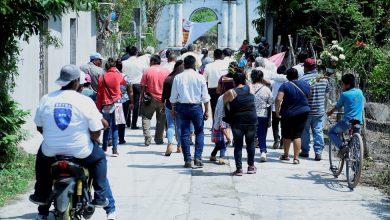 At Least 70 Dead in Mexico From Drinking Tainted Alcohol 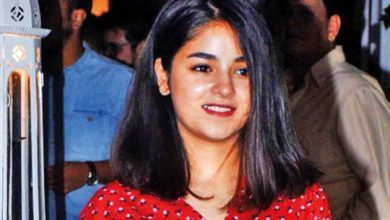 India: A Hyderabad techie selling vegetables after losing a multinational job, gets offer letter from the Bollywood actor Sonu Sood