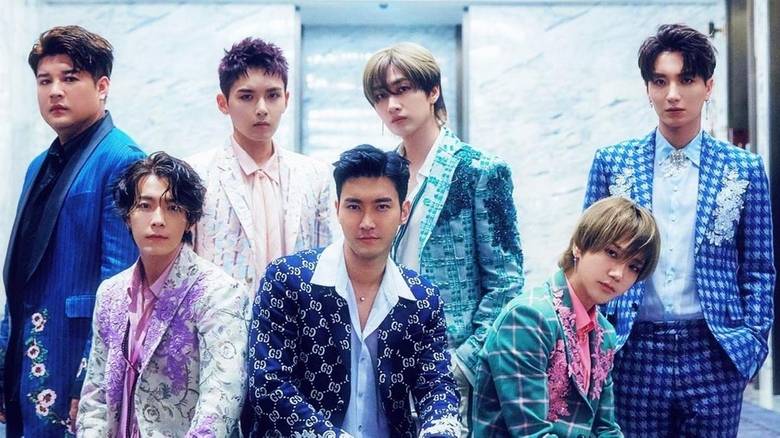 Expect to see some of K-pop’s biggest artists perform, including global icons Super Junior and NCT 127

K-pop (abbreviation of Korean pop) is a genre of pop music originating in South Korea – and is now a global phenomenon, earning fan loyalty across the world.

And we are excited for the incredible K-pop Super Concert that will take Dubai’s Coca-Cola Arena by storm on March 20.

With a huge fan-base in the region and a following of more than 10 million worldwide, the show, organised by Grace & Co, will see an incredible line up of the biggest K-pop acts today, with performances from NCT 127, RGP, LABOUM, Jun – and headliner, Super Junior.

Super Junior, also known as SJ or SuJu, is a South Korean boy band which launched into international recognition following the release of their best-selling single, Sorry, Sorry in 2009. As K-pop’s best-selling artist four years in a row, they have received a number of accolades including thirteen music awards from the Mnet Asian Music Awards, nineteen from the Golden Disc Awards and are the second singing group to win Favourite Artist – Korea at the 2008 MTV Asia Awards, as well as International Artist and Best Fandom in the Teen Choice Awards 2015.

In 2019, the group released their ninth studio album, Time Slip as well as embarking on their eighth music tour.

The show at Coca-Cola Arena on the 20th March will also see a performance from NCT 127. NCT 127 made their official debut with NCT #127 in 2016. The debut reached number two on the Gaon Album Chart and topped the charts by the third week of its release.

Pre-register for tickets from today until 11:59pm on Thursday 23rd January at www.coca-cola-aena.com.

Pre-registered fans will have early access to ticket purchases from www.coca-cola-arena.com at 9am on Sunday 26th January.