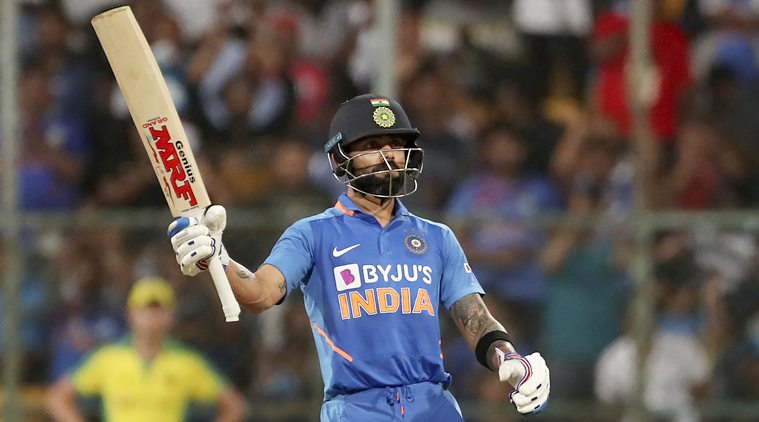 Sharma scored 119 runs off 128 balls with eight fours and six sixes as he anchored India’s run-chase in the third and final one-day international. Virat Kohli contributed a superb 89 off 91 balls as the hosts scored 289-3 in 47.3 overs.

Speaking at the post-match press conference, the Indian captain said, “We lost the last three in the last series, and coming back and winning the last two games after losing the first one, is very satisfying. We just want to go upwards and onwards. Getting one back given that we lost the series at home last year is really satisfying.”

We’re quite experienced, Rohit and I, and we were short of Shikhar’s experience. We got a good start. We expect openers of the quality of Rohit and KL to give us starts like that. When KL got out it was a tricky situation. The ball was gripping and turning a bit, and this is where experience comes in.”

“We spoke of stringing together a partnership and all Australia want are wickets and if we don’t give them wickets we can chase 7-8 runs an over later on. We have that belief in our skill.”

“Rohit played beautifully today, anchored the innings before I took over. It’s how we have played in the last 4-5 years. It’s important to make sure one guy continues to bat till the end and takes us over the line. More important was the comprehensive win.”

Meanwhile, losing captain Aaron Finch expressed dissapointment and said, “If we had 310ish, then our spinners could put some pressure in the middle. Again, we just keep losing one wicket too many at every stage of the game.”

“Our momentum gets stalled, but it’s a great learning curve to play against the best in the world in their conditions. Agar bowled great lines and length, and he’s always on the stumps, so the batsman has to take risks of the good balls.”

“You are bowling at world-class players, but I thought we’d pitch a few overs of part-time spin, but that wasn’t to be.”