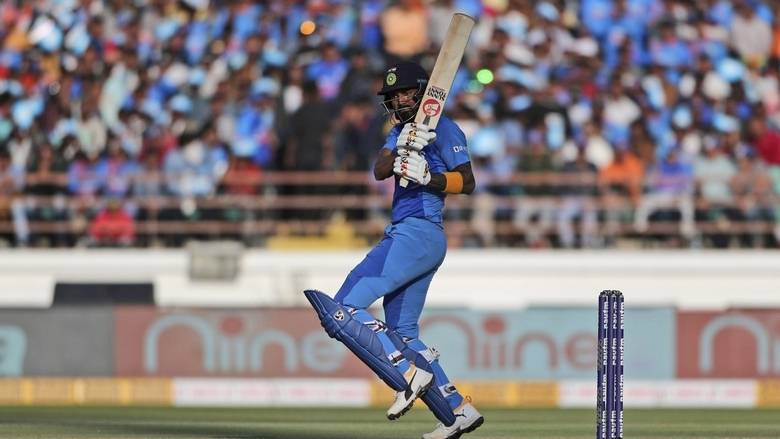 There could not have been a better ending to the three-match ODI series between the top two teams in world cricket at the moment. While Australia triumphed emphatically in Mumbai, it was India who roared back in Rajkot. And now, both the teams would be looking to deliver the final punch when they lock horns in the series decider at the M. Chinnaswamy Stadium on Sunday.
The three-match series was billed as a showdown between two heavyweights and it has lived up to that. Both the teams have been able to showcase why they are best in the business in the present times.
In the first ODI at Wankhede, Australia simply overpowered Team India, winning the match by 10 wickets. Aaron Finch and David Warner scored unbeaten centuries as they chased down the total of 255 with utmost ease. The defeat not only hurt the Indian team badly, but it also made them re-think their strategy and what augurs best for the team.
In Rajkot, the team stopped their contentious experimentation with their top three and it did wonders for them. Rohit Sharma and Shikhar Dhawan scored, Virat Kohli returned to his favourite no. 3 spot and scored. But the biggest plus for the team was K.L. Rahul’s adaptability which meant the Karnataka batsman also found success at his new No.5 spot.
The Indian bowling too bounced back from the thrashing they received in Mumbai. Jasprit Bumrah was back at his accurate best and, in the company of Mohammed Shami and Navdeep Saini, shut the doors on a late fightback by unfurling a series of yorkers. Spinners Kuldeep Yadav and Ravindra Jadeja were able to pick wickets even though they did concede runs in what was a high-scoring match at the SCA.
Going into the finale, Australia might be tempted to make changes, especially in their bowling department which conceded 340 runs on a placid Rajkot wicket. However, one of the most worrying things for the visitors would be the performance of Mitchell Starc who was taken to the task by the Indian batters in the second ODI.
Thus, Finch would like his main strike bowler to come back to his usual best in Bengaluru.
As far as Team India is concerned, changes are unlikely and can only be forced due to the injuries of Dhawan and Rohit. Dhawan was struck on the ribs while batting and did not field, and Rohit went down clutching his left shoulder after diving to save a boundary in the deep.
However, but both batsmen appear to be on track for a full recovery, while Rishabh Pant, too, should be back from the head blow that kept him out in Rajkot. But keeping in mind how Rahul performed behind the wickets in Rajkot as well with the bat, one doesn’t see Pant featuring in the playing XI in the decider.