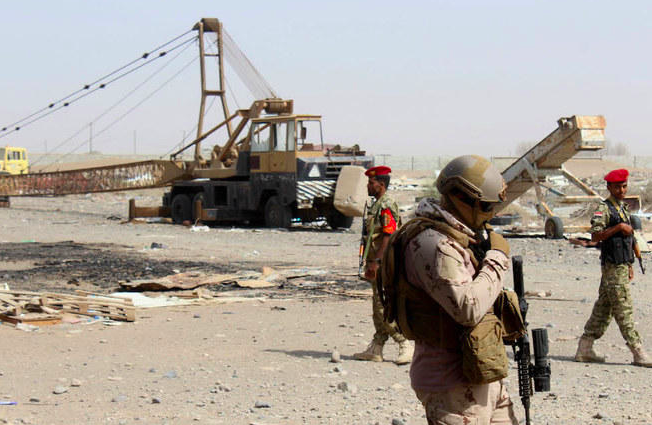 The attack was carried out with ballistic missiles and drones and The strike follows a similar attack in November last year.

MARIB, Yemen: Iranian-backed Houthi militia attacked a military training camp in the Yemeni city of Marib on Saturday, killing at least 60 people, according to reports.

Al-Ekhbariya quoted sources as saying the attack was carried out with ballistic missiles and drones.

Earlier on Saturday, medical sources in Yemen confirmed to Reuters nearly 30 military personnel had been killed.

The strike follows a similar attack in November last year, when Houthi militants fired a missile at the headquarters of the Arab coalition fighting to support the internationally-recognized government of Yemen, which killed seven Yemeni soldiers and injured at least 12.

The statement said residential areas were caught in the crosshairs due to indiscriminate mortar fire.

The fighting breaches a UN-brokered cease-fire in the strategic port city of Hodeidah, which is the main entry point for humanitarian aid and food into Yemen.

An Arab coalition has been figting the Houthi militia since 2015, backing forces of the internationally-recognized government.

The Houthis have been subject to a separate arms embargo since 2015, while Iran has repeatedly denied supplying weapons to the Houthis.