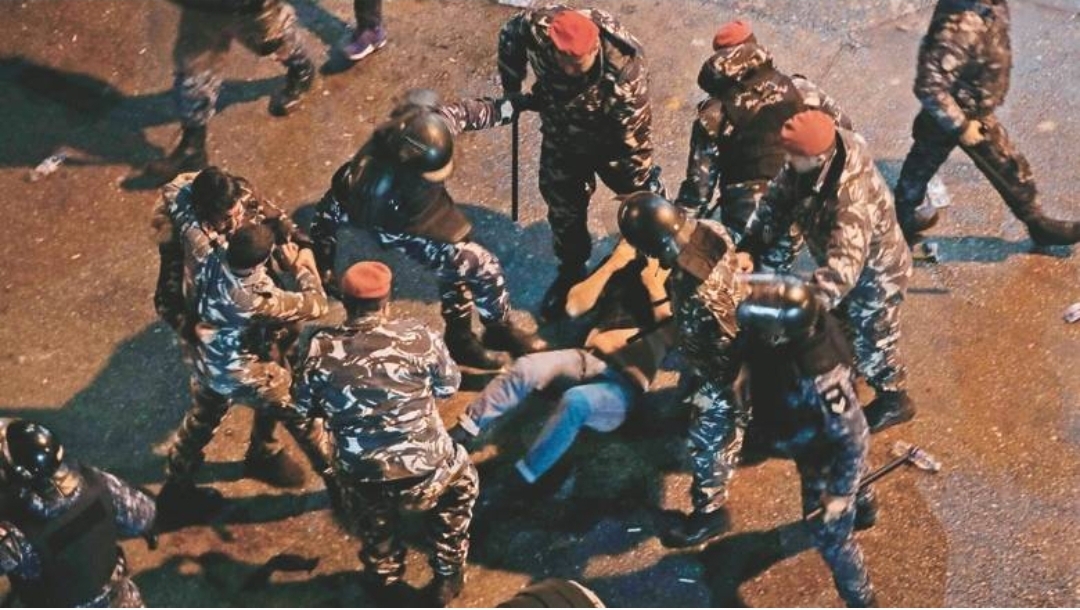 Lebanon’s security forces were holding at least 100 anti-government protesters on Thursday, lawyers said, after two nights of demonstrations that turned violent in Beirut.

An unprecedented nationwide movement of protests demanding an end to endemic corruption and the wholesale removal of Lebanon’s political elite broke out nearly three months ago.

With little change in sight, protesters also angered by a financial crisis they blame on Lebanon’s oligarchs resumed their rallies with renewed determination on Tuesday after a holiday lull.

Protesters vandalised several banks on the central Hamra street on Tuesday evening and hurled rocks at anti-riot police, who responded with volleys of tear gas canisters.

Gathered in front of the Central Bank again on Wednesday, the protesters then moved to a police station where some of their comrades had been detained the previous night, leading to clashes that left dozens lightly wounded.

According to documents put together by a committee of lawyers defending the protesters, a total of 101 protesters are currently being detained over the violence. “The total number of people arrested now tops 100, it’s madness,” said Nizar Saghieh, who heads the Legal Agenda non-government organisation.

Prime Minister Saad Hariri resigned under pressure from the street less than two weeks into the wave of protests but a new government has still not been formed.