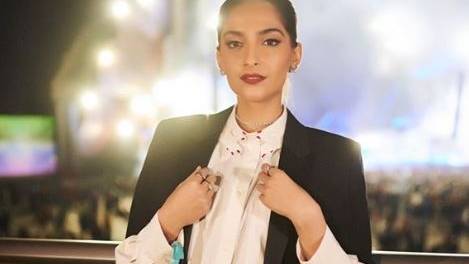 Earlier this month, she criticised British Airways for allegedly losing her luggage.

Bollywood actress Sonam Kapoor Ahuja took to Twitter in the early hours of Thursday, January 16, to speak about her scary encounter in an Uber in London.

The actress warned people against using Uber in London as she was left shaken by the end of her trip as the driver was “unstable” and “yelling”. Her tweet read: ‘Hey guys I’ve had the scariest experience with @Uber london. Please please be careful. The best and safest is just to use the local public transportation or cabs. I’m super shaken’.

According to reports in Dailymail.co.uk, it is the latest incident involving Uber which faces a ban in London by Mayor Sadiq Khan over its failure to stop unlicensed and uninsured drivers. However, the app continues to operate in the capital pending an appeal.

Following Sonam’s tweets, Uber responded with an apparently automated message. ‘I tried complaining on your app, and just got multiple disconnected replies by bots. You guys need to update your system. The damage is done. There is nothing more you can do’, she wrote in another tweet, replying to Uber’s automated message.

Earlier this month, Sonam criticised British Airways for allegedly losing her luggage for the second time this month.