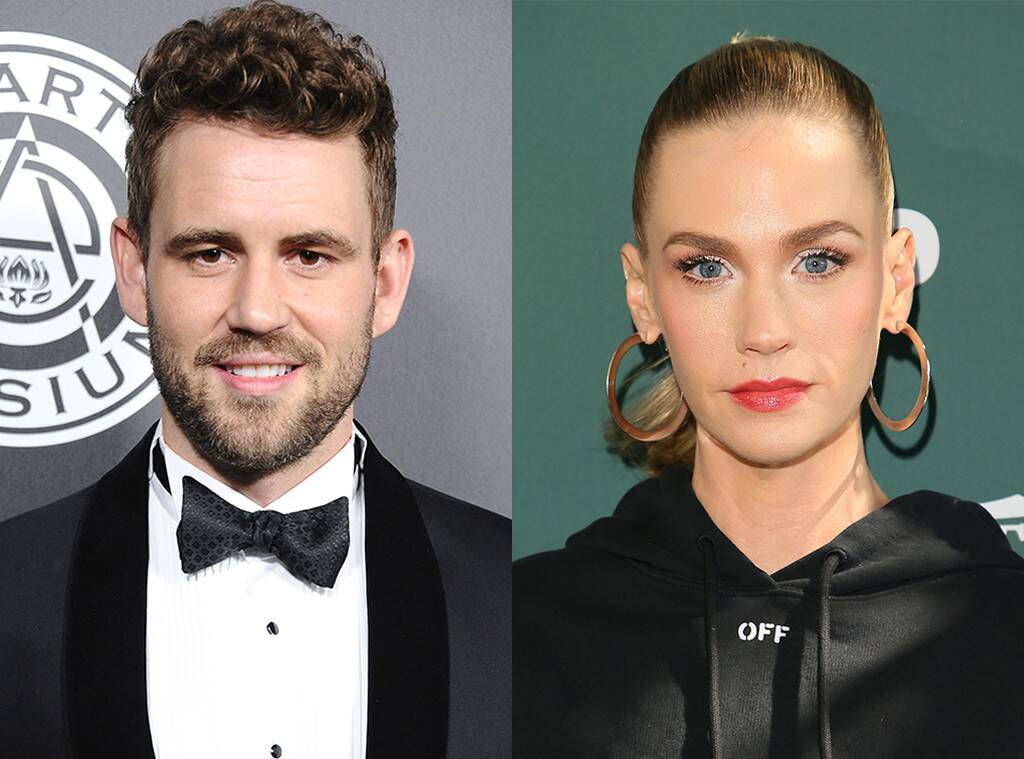 January Jones is setting the record straight on if she ever dated Nick Viall.

The actress spilled the tea on Monday’s episode of Armchair Expert With Dax Shepard.

As fans will recall, Viall starred on The Bachelor in 2017 after appearing on two seasons of The Bachelorette and one season of Bachelor in Paradise. Not only did Jones watch his season but she also gave her take on the show during segments for Jimmy Kimmel Live! and The Late Late Show With James Corden.

“I was just blasting that guy,” Jones recalled.

Apparently, Viall caught wind of Jones’ words and decided to hit her up on social media.

“Nick slid into my DMs and he’s like, ‘I’m so sorry that your perception of me is no negative. I’d love to take you out to coffee and see if I can change your mind,'” she said during the podcast, summarizing the alleged message. “I squealed.”

While Jones said she initially considered turning the invitation down, she claimed her sister changed her mind.

“It was good. All I did was grill him about the show,” she said. “We went on a couple dates.”

Jones said the “thing that attracted” her to Viall was that he was “cast as the ‘villain'” but that “he had a bit of a brain.”

“That’s all we were talking about really,” she said. “But I got a lot of juicy inside stuff.”

Rumors started spreading that the two were dating in early 2018—about five months after Viall announced he had called off his engagement with season 21 star Vanessa Grimaldi. However, Jones denied the reports.

Viall also confirmed he was single and that the two were “good friends” later that year.