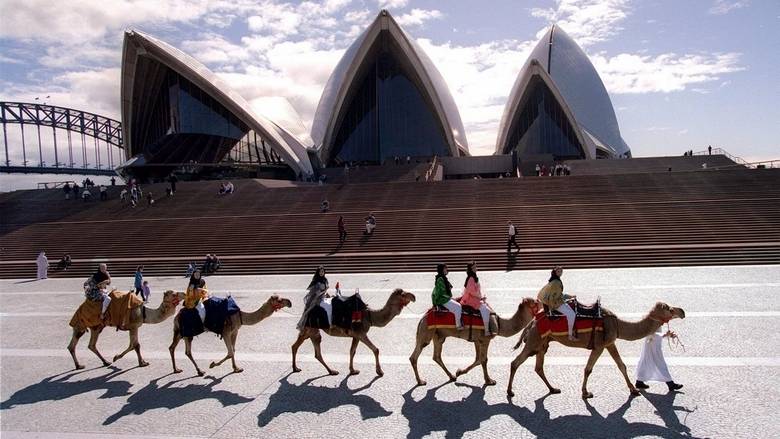 The Aboriginal communities have long hated the camel who they believe is hurting the environment there.

This was supposed to be the stuff apocalyptic movies were made of. Life in an island nation being consumed by fire quickly degenerates into a dog-eat-dog world where man and beast compete for precious resources. Man, fearing a depletion of resources, goes on a mass killing spree of the beast. That island nation is bushfire-ravaged Australia. The beast is the camel, 5,000 of whom have been culled by copter-borne snipers and another 5,000 will fall prey to their bullets over the next few days. Yes, the camel, the mysterious beauty that has its own pageant in the UAE, and the one who we celebrate on World Camel Day every year on June 22. That camel.

A five-day campaign to cull thousands of thirsty feral animals, mostly camels, in the draught-hit areas of the country is as tragic as it is horrifying. It isn’t Australia’s first attempt to wish away the country’s massive wild camel population. The Aboriginal communities have long hated the camel who they believe is hurting the environment there. Large herds release methane which, when combined with the dry and windy weather conditions and fauna, makes the area a little bit like a tinderbox, ready to go up in flames at the bolt of lightning. The latest bushfires are just another reason – snipers have been taking out thousands of camels every year in Australia because of their demands on the local environment. This is probably a consequence of man tinkering with nature.

Camels are not native to Australia and, according to Animals Australia, the species was introduced to the country from India centuries ago to help in transporting goods, etc. To be honest, the Aussie love for the humped beast disappeared with the advent of the automobile, and camels have, since then, been treated as pests. Once they outlived their utility, the even-toed ungulates were left in the wild where they happily multiplied and latest estimates suggest there are about a million of them in Australia. There surely is a more humane way of dealing with these unwanted guests than their selective slaughter by tens of thousands every year. And if this is not a wake-up call for man to stop messing around with mother nature, then what will be?