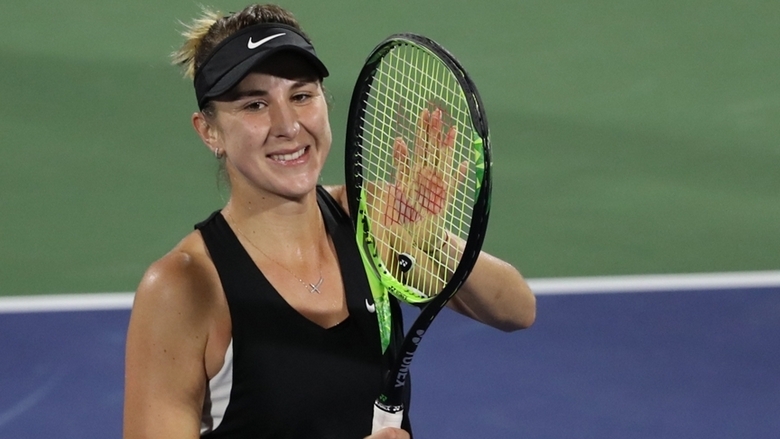 A fantastic galaxy of top talent is once again set to light up the Dubai Duty Free Tennis Championships when play gets underway next month, with the current top three women in the world preparing to battle for the coveted trophy as the tournament celebrates the 20th anniversary of the WTA event.

Ashleigh Barty, Karolina Pliskova and Simona Halep will be joined by three more members of the world’s top 10, with US Open winner Bianca Andreescu, defending Dubai champion Belinda Bencic and Kiki Bertens all ready to make their bid to lift the trophy.

The anniversary week will be followed by a star-studded ATP event. Both defending champion Roger Federer and 2019 runner-up Stefanos Tsitsipas are set to return, along with 2018 champion Roberto Bautista Agut.

The two-week festival of tennis will get underway with the WTA stars between Feb.17 and 22, with the men taking to the courts from Feb. 24 to 29. Tickets for this highly regarded event will go on sale from Monday, Jan 13 at 9.00am online at www.dubaidutyfreetennischampionships.com. Tickets will be available at the Tennis Stadium Box Office from, Jan. 29.

“2019 was only the second time in the history of the Dubai Duty Free Tennis Championships that two players from the same country emerged as our singles champions, and we are delighted to welcome Roger Federer and Belinda Bencic again,” said Colm McLoughlin, Executive Vice Chairman and CEO of Dubai Duty Free.

Belinda Bencic, who in 2019 overcame no less than four top 10 opponents on her way to the title, is relishing the opportunity to defend her crown. Having added a further six victories over top 10 opponents during last season and a title in Moscow to her Dubai triumph, she reached the semifinals of both the US Open and the WTA Finals for the first time, and is certain to once again provide strong opposition for whoever she meets.