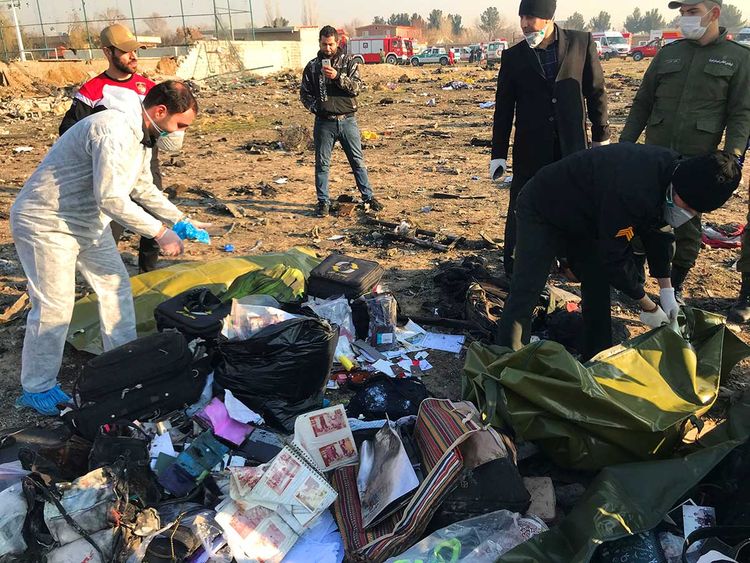 Kiev: A Ukrainian political analyst who was in Iran’s capital for an international conference planned to head home when it was done, but then chose to stay one more day and do some sightseeing. The decision saved his life.

Andrey Buzarov said on Sunday that his original plan would have put him on the flight that Iran shot down by mistake last week, killing all 176 people on board.

“I found out within an hour after the crash. My friend, an Iranian, came to me and showed photos from local Iranian social networks” the media hadn’t written yet, no one had information,” Buzarov said.

His top concern was to let his mother know he was alive. But she lives in a rebel-controlled part of eastern Ukraine and communication with the region is difficult. His mother uses Facebook, but that social network is banned in Iran.

Finally, he was able to make a Facebook post by using a virtual private network, or VPN, which creates encrypted links between computers, “and then she calmed down,” he said.

Buzarov, a specialist in Middle East affairs and a consultant to the Ukrainian parliament, had been invited to Iran for an international conference run by the country’s foreign ministry.

He was in Tehran when millions jammed the streets to mourn the death of Iran’s top general, Qassem Soleimani, who was killed by a US strike in Iraq. Iran accidentally downed the flight as it braced for possible American retaliation after firing ballistic missiles at bases in Iraq housing US forces. But no retaliation came.

The crowds of mourners showed “the colossal unity of the Iranians against the Americans. Many people craved revenge,” he said. “But when the events related to the plane took place, I saw that opinions changed.”

The gravity of the crash took time to register with many Iranians, partly because little information was officially reported, he said.

“For the first hours, people did not realize the seriousness of the situation, and only in the evening when the data were published and the Iranians themselves realized that there was an absolute majority of ethnic Iranians (on the plane), then people began to understand this catastrophe,” he said. Most of those killed were Iranians and Iranian-Canadians.

Buzarov was able to return to Ukraine on Friday, getting a flight with Azerbaijan Airlines. The next day, Iran admitted that one of its missiles had shot down the plane and Buzarov watched from afar as protests against the government gathered.

“Young people do not understand why they (Iran’s government) did not immediately talk about it, if many knew that it was shot down,” he said. “These protests show a certain degree of mistrust on the part of the younger generation towards politicians inside Iran.”