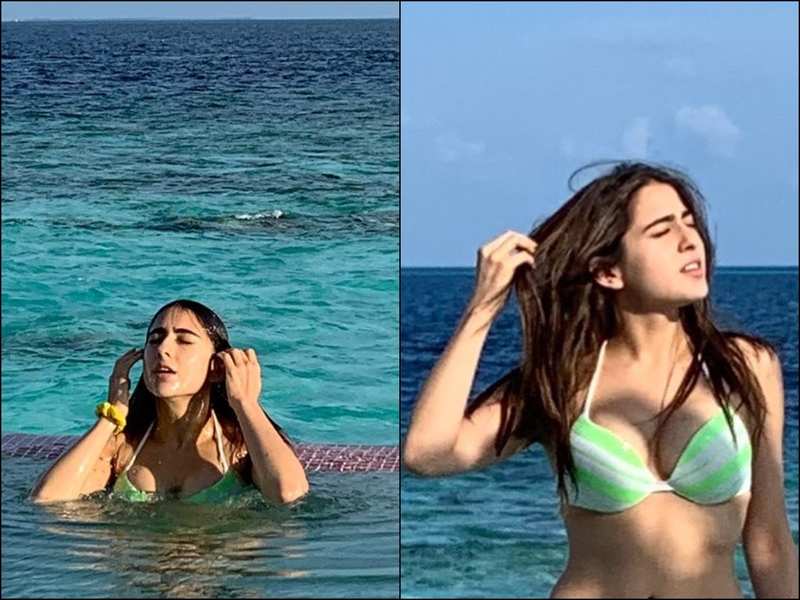 Bodyguard was quick to intervene and charges at the fan

A video of a fan trying to kiss the hand of Bollywood actress Sara Ali Khan has gone viral.

In the video shared by Mumbai-based celebrity photographer Viral Bhayani on Instagram, a man can be seen asking for Sara’s hand and then trying to plant a kiss.

Sara looks shocked look as she draws away and greets the fan with folded hands. Meanwhile, her bodyguard intervenes and charges at the fan.

Bhayani captioned the video: “#saraalikhan snapped at her pilates class today. One of the fans tried to kiss her hand. Not so easy… just because she has been so sweet.”

On the acting front, Sara will next be seen in “Coolie No. 1” opposite Varun Dhawan. The film directed by David Dhawan is a remake of the 1995 hit film of the same name, which starred Govinda and Karisma Kapoor.