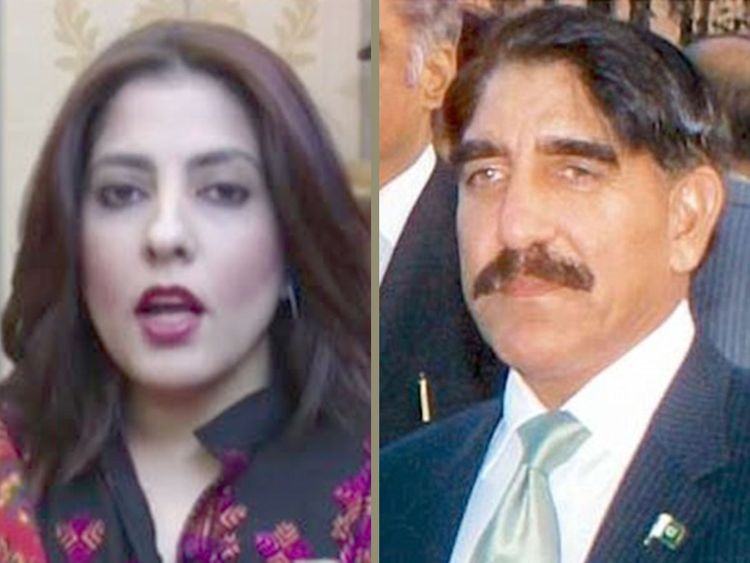 Dubai: In a rare case, former intelligence chief of Pakistan Lt Genral (retired) Zaheerul Islam has been issued a notice by a family court in a case filed by a Pakistan Peoples Party senior leader Palwasha Zai Khan who claims to be his wife.

The court has ordered the former ISI-Chief to appear before the court on January 20 in a family suit filed by Palwasha, reported The News. According to the report, the Family Court judge Abdul Muneem has issued a notice to the once most powerful intelligence chief. Lt General Zaheerul Islam had served as ISI-Chief from March 19, 2012 to November 7, 2014 when Pakistan Peoples Party was in power. No statement by Lt General Zaheer Islam was issued on the issue.

It was learnt that Palwasha has moved the family court for alimony for his four and half-year-old son Shamsherul Islam. The court in its notice has directed General Zaheerul Islam to appear before the court in person or submit a reply through his counsel by January 20.

In case of noncompliance, the court can initiate ex-party proceedings, the notice further read.

Palwasha Zai claims that she had married Zaheerul Islam on May 5, 2015, in Islamabad and she had a four and half-year old son Shamsherul Islam with him. The report says that Palwasha has also initiated legal proceedings for a divorce from the former ISI chief.

Palwasha was a Member of National Assembly (MNA) from reserved PPP-women’s seat in Punjab from 2008 to 2013. She hails from Chakwal and lives in Shah Jamal area of Lahore. She is currently the PPP’s Deputy Information Secretary.

The news of secret wedding of Lt General (retired) Zaheerul Islam and PPP politician Palwasha Zai Khan first surfaced in November last year on social media. It was alledged that Palwasha is the second wife of the former ISI-Chief.

An Islamabad based journalist had also shared on his Twitter account some documents to corroborate his claim that the the PPP leader is the wife of former spymaster.