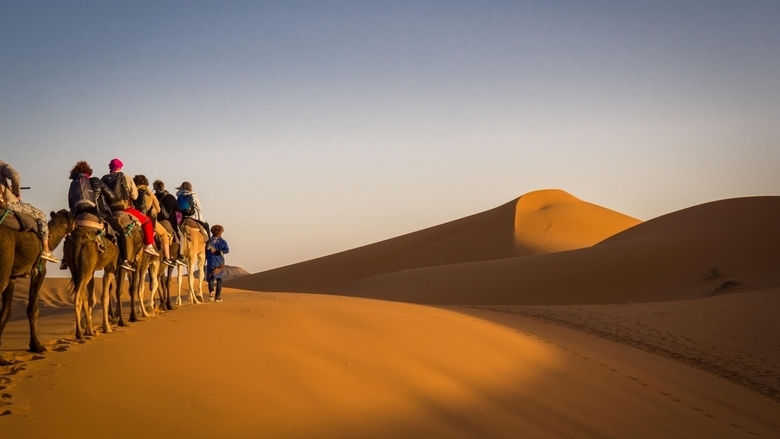 The camel she was riding was pregnant and was about a month away from giving birth.

A woman is suing TripAdvisor after a runaway camel tossed her to the ground during a tour in Morocco.

Breanne Ayala, 24, is accusing Massachusetts-based TripAdvisor and its subsidiary Viator of negligence and breach of contract for failing to ensure the camel tour company was operating safely, The Boston Globe reported on Friday, citing the lawsuit. The suit was filed in Norfolk Superior Court on Monday.

Ayala, who is from New Jersey, and her family booked a sunset camel tour in Marrakech, Morocco, through Viator. Ayala claims she and her family did not receive a safety briefing before the tour in January 2018.

A spokeswoman for TripAdvisor declined to comment on the pending litigation.

During the tour, one of the handlers told Ayala that the camel she was riding was pregnant and was about a month away from giving birth, according to the lawsuit.

The camel ran off from the caravan, causing Ayala to fall and break her arm. The handlers waited to call an ambulance until the tour company owner arrived an hour later, according to the suit.

Ayala underwent surgery in Morocco and was hospitalised for two days.

“What was supposed to happen didn’t happen, and I don’t think you can say, ‘It’s at your own risk, too bad,'” Ayala’s attorney Andrew Abrahamsaid.