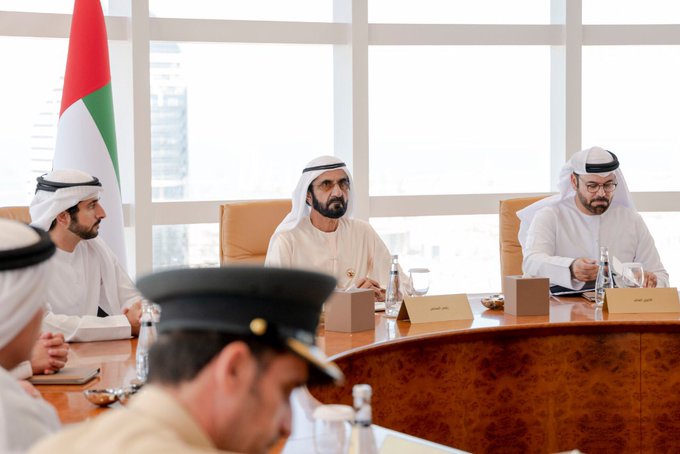 Urges teamwork and new structure in Dubai to create leaders.

A 50-goal plan for Dubai — which will be implemented in the next five years — has been approved by His Highness Sheikh Mohammed bin Rashid Al Maktoum, Vice-President and Prime Minister of the UAE and Ruler of Dubai, as he chaired the first meeting of the Dubai Council. Details of the comprehensive plan is set to be announced in 60 days

“There are 50 goals in the plan that we will include in the performance agreements of directors-general. We will implement what we announce though our work team, or the team will be changed,” Sheikh Mohammed tweeted.

In the meeting, the council has also approved a new governance system for all government and semi-government companies, under the supervision of Sheikh Maktoum bin Mohammed, the Ruler of Dubai said.

The new system will require companies to form boards of directors as a supreme authority, and CEOs should not be the head, he explained.

Boards of directors shall establish committees that will evaluate investments and manage risks. Then, committees must submit annual performance reports to the government.

heikh Mohammed said the council will immediately start working on an urban plan for Dubai, which will improve the quality of life in the emirate and make it the best city in the world.

The council will also work on an economic plan to create a new sector that guarantees the “superiority, global competitiveness and attractiveness of Dubai”. Advisory boards should provide their 100-day plans within two weeks.

n addition, the formation of a Dubai Media Council was green-lighted. It will include the Dubai Media Office and representatives from the media, production and studio cities, as well as networks of radio and television, newspapers and the Dubai Film and TV Commission.

“Ahmed bin Mohammed bin Rashid will be the chairman. Our media competitiveness is important in the period ahead,” Sheikh Mohammed said.

The council also approved the new position ‘deputy director-general’ in all departments of Dubai, as well as the launch of a leadership programme.

Sheikh Mohammed asked all directors to nominate names of three to five leaders to be trained for the new positons.

“I am looking for a new generation of Dubai leaders,” he said.

“Forming the Dubai Council is a start of new positive changes in the emirate according to the new regional and global conditions. Changing and continuing developments are the traditions of Dubai.”