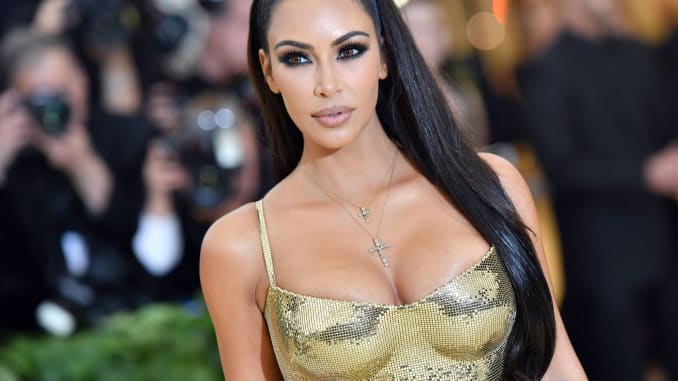 Kourtney Kardashian’s feelings about the E! series are currently playing out on the latest episodes, with the mother-of-three seen getting into some aggressive confrontations with Kim and their other sister Khloe about shooting scenes for the programme.

However, as she appeared on The Ellen DeGeneres Show on Tuesday December 17, Kim revealed Kourtney has made a decision about her future involvement in the show – meaning she and Khloe can move on with their lives and their own appearances on the series.

“Kourtney likes doing the show, but she only wants to film just when she feels like it,” Kim explained. “If one family member goes on vacation a lot or takes time off a lot, the other family members have to step in and take over those hours. So for the past year, Khloe and I have been taking over her hours and working because we need content to make the show. So Khloe and I have been really frustrated that we’ve been working longer and we have kids and a lot of stuff going on, so it’s been exhausting for us when she hasn’t taken that into consideration without making a decision of what she wants to do: stay on the show or not.

“But to be in this limbo and have us do this for so long is frustrating. So we’ve come to the conclusion that she will film a little bit… it’s always up in the air but we’re in a good place about respecting each other’s space and if someone doesn’t want to be on the show, we obviously want them to have that mental break and live their life the way that they want.”

Kim added that despite the fact her and Kourtney’s issues are currently being aired on the show, the sisters are actually on “good terms” at the moment.

“Kourtney and I, we just went to Japan together. We’ve really taken the time to hear each other out and listen. What sucks is that season 18 will come out soon and it gets worse before it gets better. Her and I have healed and talked about everything and come to an understanding,” she smiled.