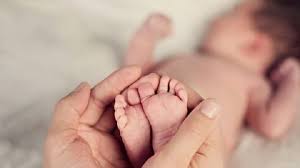 In a shocking incident, a doctor at a private nursing home in Baghpat district of Uttar Pradesh held parents to ransom by holding on to their baby, as the couple could not pay the hospital bills of Rs 40,000.

Shikha, mother of the child, said that she had given birth to a baby boy in September 2018 and was handed a bill of Rs 40,000 for the delivery.

“We did not have money to clear the bills and the doctor told us that they will keep my baby as mortgage till we paid up the full amount,” she said.

Mohar Singh, child’s father, said that they gradually paid Rs 30,000, but the doctor still did not return their child.

Additional Superintendent of Police (ASP) Anil Kumar Singh said: “During the inquiry, the doctor said that the couple had sold their child in Muzaffarnagar and the couple is denying it.

“Legal action will be taken against the perpetrator if they have sold the child.”

An investigation in connection with the case is underway.