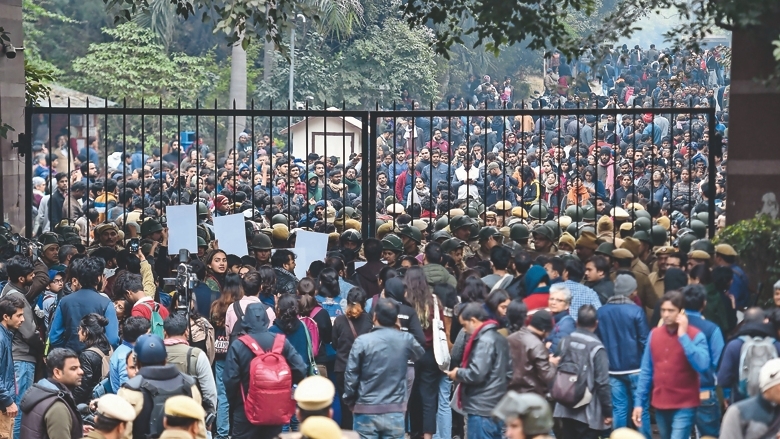 At least 28 students and teachers were injured.

Protests were held across India on Monday after masked assailants wielding batons and iron rods went on a rampage at a top Delhi university, leaving more than two dozen injured.

Controversy over Sunday’s violence at Jawaharlal Nehru University comes as a new challenge to the government as it confronts major nationwide protests against a new citizenship bill that critics say is anti-Muslim.

Some students blamed the university attack on right-wing activists, but they also accused police of doing nothing to stop the violence. At least 28 students and teachers were injured, while doctors and nurses from a nearby hospital who went to treat them were also attacked, their union said.

Scores of riot police on Monday patrolled the university picking their way past shattered glass and broken doors and furniture. They made no immediate arrests, but blamed the violence on “rival student groups”.

As condemnation of the attacks spread, more than 1,000 people held a vigil in Mumbai. Other demonstrations were held in Bengaluru, Kolkata and other major cities.