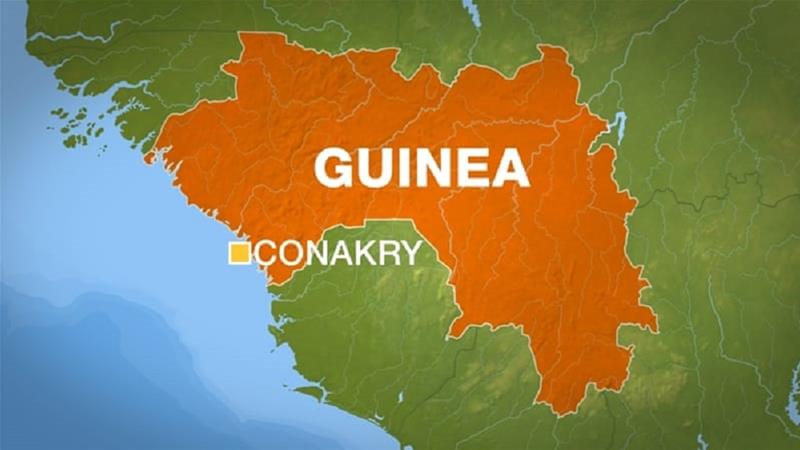 At least 12 injured as president’s supporters attack protesters fearing a third term in the office.

Thousands took to the streets in Guinea in a new anti-government protest on Monday, with partisan violence injuring at least 12 people.

The West African country has been hit by rolling protests since mid-October over concerns President Alpha Conde plans to stay in office for a third term.

On Monday, tens of thousands marched from the suburbs of the capital, Conakry, to the city centre.

Wearing the red colour of the opposition, protesters carried placards reading: “No to a new constitution” and “No to a third mandate for Alpha Conde”.

Conde, 81, announced a new draft constitution last month which critics fear he will use to pursue a third term.

Abdourahmane Sanoh, the coordinator of National Front for the Defence of the Constitution (FNDC), an alliance of opposition groups behind the protests, said there were plans to increase the number of rallies from January 13.

“I ask that the all Guinean people be ready from January 13,” he said.

About 20 people have died since the protests began, according to the Journalists, and one security officer has also been killed.

But the protests turned violent in the Conde stronghold of Kankan in the east of the country, as the president’s supporters attacked protesters.

“At least 12 people were injured, seven of them badly,” said a security official in Conakry, who declined to be named. A medical official confirmed the figure.

Conde’s Rally of the Guinean People party draws most of its support from the country’s second-largest ethnic group, the Malinke.

The violence comes after the political opposition said it would prevent legislative elections – planned for February 16 – from taking place, citing irregularities in the electoral roll.

Conde is a former opposition figure himself who was jailed under Guinea’s previous authoritarian regimes.

He became the country’s first democratically elected president in 2010 before winning re-election in 2015. Under the present constitution, presidents are limited to two terms in office.

Despite initial hopes of a new political dawn in the country, critics say his rule has become increasingly authoritarian.