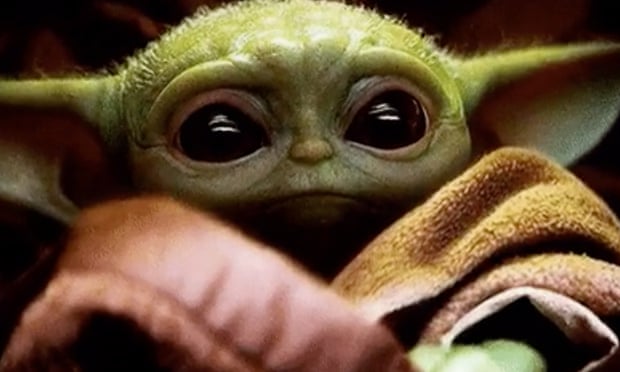 Streaming service could lose up to 16 million subscribers to rivals, says analyst

Netflix is this year facing its sternest challenge since it embarked on the path to global streaming dominance, with a prediction it could lose 16 million subscribers to cash-rich rivals led by Disney.

This year marks the start of a worldwide streaming battle, with the biggest threat to Netflix posed by Disney, which backed the US launch of its Disney + service in November last year with the debut of the $100m Star Wars spin-off TV series, The Mandalorian, seen as the biggest threat to the dominance of Netflix. Disney+, which has received a wave of free global publicity Thanks to the Mandalorian’s Baby Yoda sensation, amassed 10 million subscriptions on its first day. Analysts say Disney +, which launches in the UK and Europe on 31 March, is set to put the global brakes on the relentless growth of Netflix.

Netflix’s chief content officer, Ted Sarandos, denied the company was worried. Speaking at the Bafta Tea Party event in Los Angeles on Saturday, he said: “We’re totally focused on making about 160 million people around the world happy every night, and that’s all we think about.”

Sarandos was speaking as Netflix grabbed the top nominations for both TV and film at the Golden Globes. The California-based company’s TV series including The Crown and Unbelievable are likely to fare well during Sunday’s ceremony, while films including The Irishman and Marriage Story are favourites at both the Globes and next month’s Oscars.

The two movies are among the frontrunners for the best picture Academy Award, which would be Netflix’s first.

Sarandos said: “You’ve seen us build up our original film initiative both in terms of the volume of the films but more importantly the quality of the films that are coming out, so: more to come – a lot more to come.”

Nevertheless, many see this year as a high watermark for the firm. “The streaming wars will result in clear winners and losers this year with Disney the juggernaut that will help disrupt 10%-plus of Netflix’s subscriber base,” said Daniel Ives, managing director of equity research at California-based investment firm Wedbush. “We believe 10% of Netflix’s 160 million global subscribers are at risk of potentially churning due to the Disney streaming service and rising competition in 2020.”

Wedbush points to Disney’s potent combination of crown-jewel content – from the Marvel superhero universe of films and TV spin-offs to Pixar films such as Toy Story 4, family fare such as Frozen 2 and TV series including Scandal and Grey’s Anatomy – and very competitive price. In the US, Disney+ is almost half the cost of Netflix’s most popular tier, $6.99-a-month compared to $12.99, and in the UK it is likely to be several pounds cheaper, at about £5.99, compared with Netflix’s most-popular standard package at £8.99.

The increasingly crowded global streaming market also includes includes Apple TV+, which launched in 100 countries in November at a cut-price£4.99, and in April Sky’s owner Comcast will unveil the Peacock streaming service, which will take back another big Netflix hit, the US version of The Office. It also owns the Universal film studio behind the Jurassic Park and Fast and the Furious franchises.

On New Year’s Day, Netflix’s 60 million subscribers in the US, its biggest market, woke up to find Friends, among the streaming giant’s most watched TV shows globally, had disappeared from the service. The show has been clawed back by WarnerMedia, the owner of the film studio behind Lord of the Rings and Harry Potter, the DC Comics universe including Batman and Superman, and HBO shows from Game of Thrones to Big Little Lies, as it prepares to launch its Netflix rival HBO Max in May

“Originally, 200 million Netflix subscribers by end of 2020 looked hittable, but now the aggressive pricing of Disney and Apple coupled with massive customer sign-ups [since launching] makes this a very tough road,” said Ives. “We believe [the target] will be pushed out to 2021 with Disney and Apple, as well as Peacock and HBO Max launching in the spring.”

Disney+ is expected to hit 50 million subscriptions by the end of this year, a mixture of paying user and millions who enjoy the service free for a year through a deal with telecoms operator Verizon. The company is forecast to smash its own internal, pre-launch projection of hitting 60 million to 90 million global subscribers by 2024 by as much as two years.

Netflix is set to significantly increase its $15bn annual content budget to face the threat and has been preparing for battle for years by investing increasingly heavily in its own films and TV shows to offset the effect of rivals such as Disney pulling content for their new services.

“Netflix has by far the strongest catalogue, in the US it has 10 times the number of titles of Disney, and there are only so many Mandalorians Disney has at its disposal,” said Richard Broughton, an analyst at Ampere. “As more high-profile licensed content comes off Netflix, it will be a real test to see if its originals are strong enough to keep big subscriber numbers rolling in globally. I think there is room for a third player like Disney to join Netflix and Amazon at the top of global streaming, but I’m not sure if there is enough room for anyone else.”