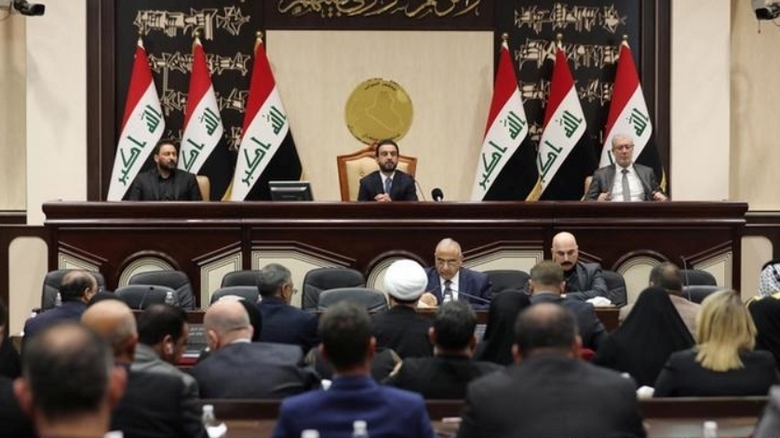 Around 5,200 US soldiers are stationed across Iraqi bases.

Iraq’s parliament urged the government on Sunday to end the presence of US-led coalition forces in the country, outraged by an American strike that killed Iranian and Iraqi commanders last week.

Some 5,200 US soldiers are stationed across Iraqi bases after an invitation by the Iraqi government in 2014 to support local troops fighting Daesh.

“The parliament has voted to commit the Iraqi government to cancel its request to the international coalition for help to fight Daesh,” speaker Mohammed Halbusi announced.

Iraqi protesters flooded the streets on Sunday to denounce both Iran and the US as “occupiers”, angry that fears of war between the rivals was derailing their anti-government movement.

For protesters who were hitting the streets, Iran was also a target for blame.

“No to Iran, no to America!” chanted hundreds of young Iraqis as they marched through the southern protest hotspot of Diwaniyah.

Young children present carried posters in the shape of Iraq and waved their country’s tri-colour.

“We’re taking a stance against the two occupiers: Iran and the US,” one demonstrator told local reporters.

Nearby, a teenage girl held a handwritten signing reading: “Peace be on the land created to live in peace, but which has yet to see a single peaceful day.”

Relations between Tehran and Washington have been deteriorating since the US abandoned a landmark nuclear deal with Iran in 2018 and reimposed crippling economic sanctions.

But tensions boiled over during the last week, culminating in a US drone strike outside Baghdad Airport that killed Iranian general Qasem Soleimani and several Iraqi paramilitary leaders.

Some protesters initially rejoiced, having blamed Soleimani for propping up the government they have been trying to bring down since early October.

But joy swifty turned to worry, as protesters realised pounding war drums would drown out their calls for peaceful reform of Iraq’s government.