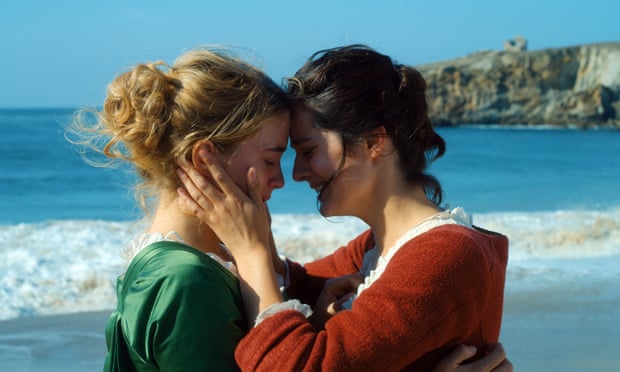 A bent detective becomes entangled in the crimes he’s investigating in Corneliu Porumboiu’s nifty, twisty drama. This one premiered at Cannes last year and should wash up in the UK in the spring.

Hirokazu Kore-eda’s Cannes opener was a curious choice for his first film set outside Japan: a full-throttle French country house dame-fest featuring Catherine Deneuve and Juliette Binoche as a bickering mother and daughter. Ethan Hawke plays Binoche’s husband, who looks on as they let rip with the Gallic quips.

Thomas Vinterberg, Mads Mikkelsen and pretty much the entire cast and crew of The Hunt reunite for this boozy movie about a group of high-school teachers who share the theory that mild intoxication would make them more open-minded. So they all pledge to try and be slightly drunk throughout the workday. It works better for some of them than others.

Matteo Garrone directs Roberto Benigni as Mister Geppetto, the father of the little wooden lad with the expanding nose, in this grand fantasy populated by venerable Italian actors voicing crows, weasels, fairies and a gorilla.

A nun in full wimple and white cloak allowing for just a flash of nipple is the revealing poster for Paul Verhoeven’s first film since Elle. Based on much-thumbed 1986 library staple Immodest Acts: The life of a Lesbian Nun in Renaissance Italy, this is a 17th-century convent romance featuring Virginie Efira, Daphne Patakia – and Charlotte Rampling, obviously.

Pablo Larraín’s acclaimed thriller stars Gael García Bernal and Mariana di Girolamo as a couple dealing with the aftermath of a botched adoption. This is a film full of threads left hanging and questions unanswered, a card-shuffle of blame and responsibility with an ace up its sleeve.

An Officer and a Spy

Roman Polanski’s latest doesn’t currently have a UK release, but we’re assuming the cracker reviews for his Dreyfuss affair drama will at some point mean a distributor takes the bait. Jean Dujardin and Louis Garel star.

An early-January release date is set for Makoto Shinkai’s acclaimed anime about a Tokyo boy who befriends an orphaned girl apparently able to control the weather. This has been a major box-office draw in its homeland and a big hit with international critics, who have compared it to Spirited Away in its emotional power.

Portrait of a Lady on Fire

The second-best reviewed film of 2019 makes it to UK screens in February: Céline Sciamma’s 18th-century romance between a woman and the female artist commissioned to paint her picture by her nobleman fiance. Adèle Haenel – Sciamma’s former partner – plays the lady, Noémie Merlant the artist.

And here’s the best-reviewed: Bong Joon-ho’s black comedy about an impoverished family who scheme to become employed by a wealthy household despite their lack of qualifications. So far, it’s made $127m – and it may just prove this year’s Oscar upset, unseating The Irishman and Marriage Story for best picture.