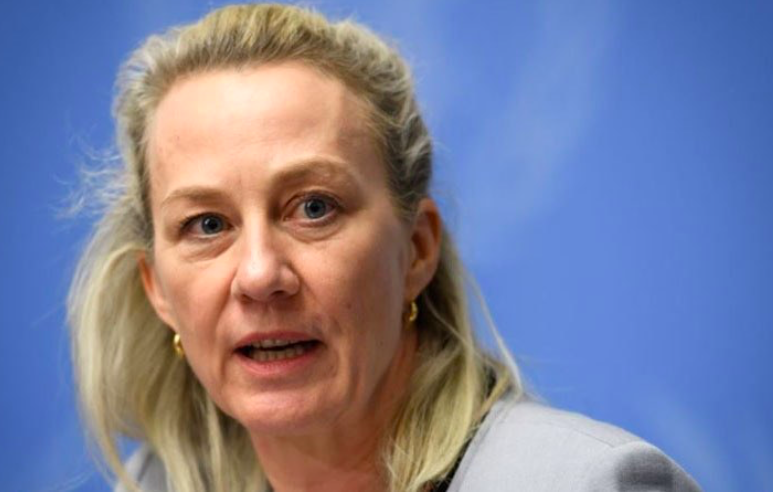 President Donald Trump authorised the resumption of Pakistan’s participation in a US military training and educational programme in order to strengthen military-to-military cooperation on shared priorities and “advance US national security”, senior US diplomat Alice Wells said on Saturday.

“The overall security assistance suspension for Pakistan remains in effect,” said a tweet by Wells, the in-charge of South Asia affairs at the US State Department.

The decision to resume Islamabad’s participation in the coveted International Military Education and Training Programme, or IMET — for more than a decade a pillar of US-Pakistani military ties — was first announced by the State Department last month.

However, the announcement has been reiterated by Acting Assistant Secretary Wells a day after US Secretary of State Mike Pompeo reached out to Army Chief Gen Qamar Bajwa in the aftermath of the assassination of top Iranian general Qasem Soleimani, vowing to remain firm against Iran.

The conversation, which was part of the secretary’s telephonic contacts with leaders around the world, was disclosed by Pompeo on Twitter hours after the Foreign Office expressed “concern” about peace and stability in the Middle East.

The resumption of IMET for Pakistan, more than a year after it was suspended, underscores warming relations that followed meetings last year between US President Donald Trump and Prime Minister Imran Khan.

Washington also has credited Islamabad with helping to facilitate negotiations on a US troop withdrawal from Afghanistan.

The State Department administers the IMET. It was a small facet of US security aid programmes for Pakistan worth some $2 billion that remain suspended on orders that Trump abruptly issued in January 2018 to compel the country to crack down on militants. Trump’s decision, announced in a tweet, blindsided US officials.

A State Department spokeswoman had earlier said in an email that Trump’s 2018 decision to suspend security assistance authorised “narrow exceptions for programmes that support vital US national security interests”. The decision to restore Pakistani participation in IMET was “one such exception”, she said.

The programme “provides an opportunity to increase bilateral cooperation between our countries on shared priorities”, she added. “We want to continue to build on this foundation through concrete actions that advance regional security and stability.”

IMET affords spaces to foreign military officers at US military education institutions, such as the US Army War College and the US Naval War College.

Pakistan’s suspension from the programme in August 2018 prompted the cancellation of 66 slots set aside that year for Pakistani military officers in one of the first known impacts of Trump’s decision to halt security assistance.

The US military traditionally has sought to shield such educational programmes from political tensions, arguing that the ties built by bringing foreign military officers to the US pay long-term dividends.