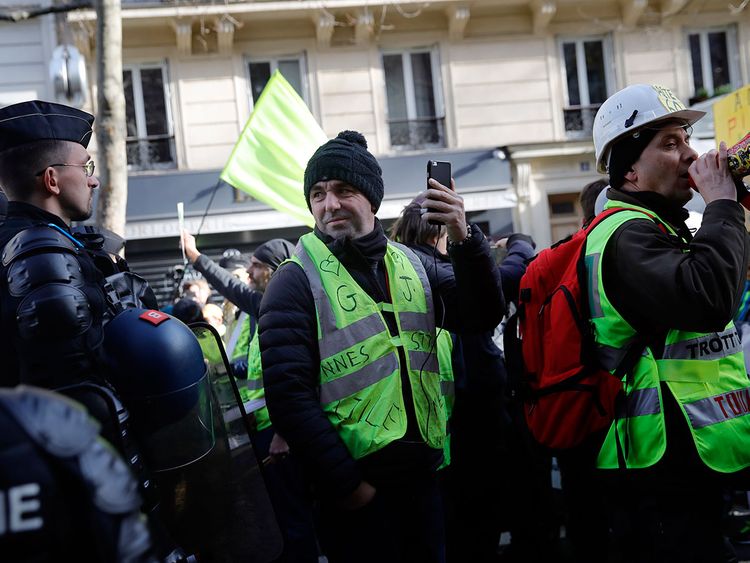 The demonstrators, who set fire to rubbish bins, included “Yellow Vests” anti-government activists, whose name is derived from the high-visibility jackets worn at their protests.

President Emmanuel Macron has said reforms are essential to simplify the convoluted pensions system, but his opponents say they will mean many French people having to work for longer.

“People have to think a bit about what kind of society they want in general and, on a more personal level, whether you’re 20, 30, 40 or 50, one day you’ll retire,” said Jean-Gabriel Maheo, an industrial technician who said he was in his 50s.

“If the currently proposed system passes in the way it is laid out, it will be a social catastrophe. Already, the previous reforms are seeing people retire with measly pensions,” added Maheo, taking part in the Paris demonstration.

Much of France has been crippled by a national transport strike since the pensions protests began a month ago. Another big nationwide demonstration is due on Jan. 9.