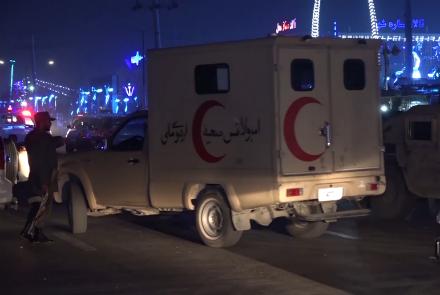 Nearly 7,400 Afghan civilians were killed and wounded as a result of suicide attacks and explosions last year, the Afghan Ministry of Interior (MoI) said on Friday.

The Interior Ministry in the report blamed the Taliban for the fatalities; however, two days ago the Taliban said that the Afghan government forces and their foreign counterparts were responsible for the casualties.

According to the report, August, September and October 2019 were the most deadly months for the Afghan civilians during last year.

“The majority of the casualties occurred as a result of terrorist attacks and roadside mine explosions (IEDs),” said Nusrat Rahimi, a spokesman for the Ministry of Interior.

But the Taliban said that 94 percent of the casualties were carried out by the Afghan security forces and their foreign colleagues.

“They must work on the peace process so that we can have a nationwide ceasefire in place in Afghanistan and reduce the number of casualties among the civilians,” said Sayed Hassan Paktiawal, a member of the Afghan parliament.

“The warring sides of the conflict have been responsible for the casualties, but, overall, there is a reduction in civilian casualties from the government side,” said Shukrullah Mashkoor, a spokesman for the Afghanistan Independent Human Rights Commission (AIHRC).

“They must try to reach to some sort of conclusion with this group (Taliban) to decrease the toll on civilians,” said Ramish, a resident in Kabul.

“Casualties are increasing day by day, the ministry of interior is responsible to prevent casualties,” said Tamim, a resident in Kabul.

the United Nations Assistance Mission in Afghanistan (UNAMA) in a an earlier report said that over 8,000 Afghan civilians were killed and wounded in the first three quarters of 2019.