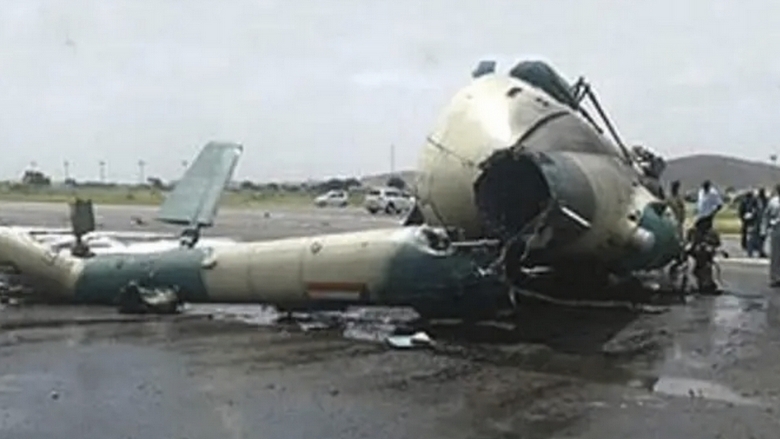 An investigation was underway to determine the cause of the crash.

Four children were among 18 people killed Thursday when a Sudanese military transport plane crashed after take off from West Darfur state, an army spokesman said.

The plane crashed five minutes after take off from an airport in the state capital El Geneina, after delivering aid to the area, which had been hit by recent deadly tribal fighting.

“An Antonov 12 military plane crashed on Thursday night after take off from El Geneina killing its seven-member crew, three judges and eight civilians, including four children, who were onboard,” the spokesman Amer Mohammed Al Hassan said.

He said an investigation was underway to determine the cause of the crash.

Most of Sudan’s military and civilian fleet consists of old Soviet-made aircraft, and the country has suffered a series of crashes in recent years, with the military frequently blaming technical problems and bad weather.

Earlier a military source told reporters the plane had delivered aid to West Darfur which was rocked earlier this week by deadly tribal clashes.

At least 48 people have been killed and 241 wounded in that violence, according to Sudan’s Red Crescent.

It said the armed clashes broke out on Sunday night in El Geneina, and continued until Monday between Arab and African groups, with several houses torched.