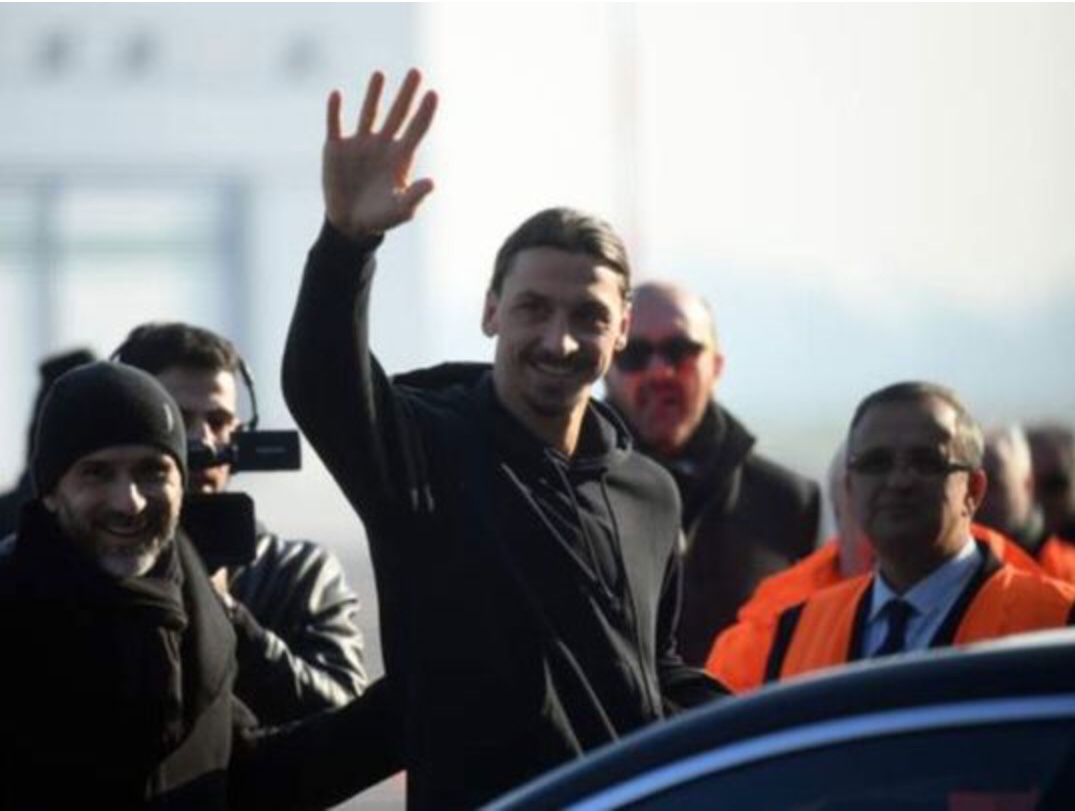 Swedish star is ‘finally back’ at club he loves

Zlatan Ibrahimovic will not be joining up with fromer coach Jose Mourinho at Tottenham Hotspur as the Swedish star has opted to sign for old team Ac Milan in Italy.

The former Mancherster United, Inter Milan, and LA Galaxy striker landed in Milan on Thursday to undergo his medical at the club.

“I’ve always said this is my home and I’m finally back,” said the Swedish forward. “I’m eager to see the fans at San Siro to make the stadium jump with joy again.

It will mark the Swede’s second stint with Milan, seven years after he left for Paris St-Germain. Milan are 11th in the Seria A standings after a poor first half of the season.

“I’m coming back to a club I hugely respect and to the city of Milan I love,” Imbrvahimovis said.

“I’ll fight together with my teammates to change the course of this season. I will do everything to make it happen.”