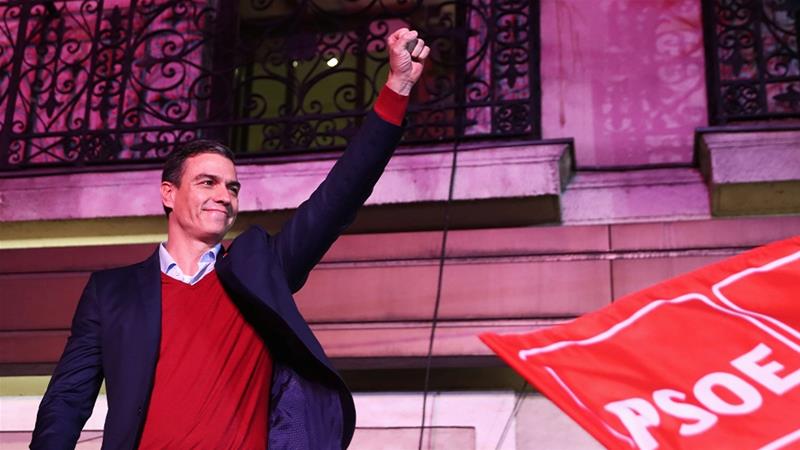 The ERC’s move removes a significant hurdle for interim Sanchez’s efforts to form a Socialist-led coalition government after months of delays in the Eurozone’s fourth-largest economy.

The Socialists got the most votes in two consecutive general elections last year.

But they failed to capture a parliamentary majority, meaning they could not win a confidence vote that is required before taking office.

The country has been run by Sanchez’s caretaker government for almost a year.

After weeks of negotiations, Sanchez has secured the political support of the anti-austerity United We Can party, which is due to join the coalition government as the junior partner, and of several tiny parties.

Securing the abstention of the ERC party, which controls 13 of the 350 seats in the Spanish Congress of Deputies, may be enough for Sanchez to obtain the votes he needs.

He is not expected to clinch an absolute majority of 176 votes in the first round of voting due Sunday.

But the ERC’s abstention means the Socialists could get the required simple majority – more votes for them than against them – in a second vote Tuesday.

Sanchez’s success is not guaranteed. Pending political, legal and administrative decisions could still thwart him before the votes are counted, including continuing talks between parties.

Also, the National Electoral Commission is due to rule soon on whether ERC leader Oriol Junqueras, currently in a Spanish prison for his role in Catalan separatist activities, can take his seat in the European Parliament. The decision could be a political bombshell for the ERC.

Spain’s socialist party and the ERC agreed that a future Sanchez-led administration would hold an open dialogue on the region’s future.

Conclusions from the dialogue will be submitted to a citizens’ vote in Catalonia.