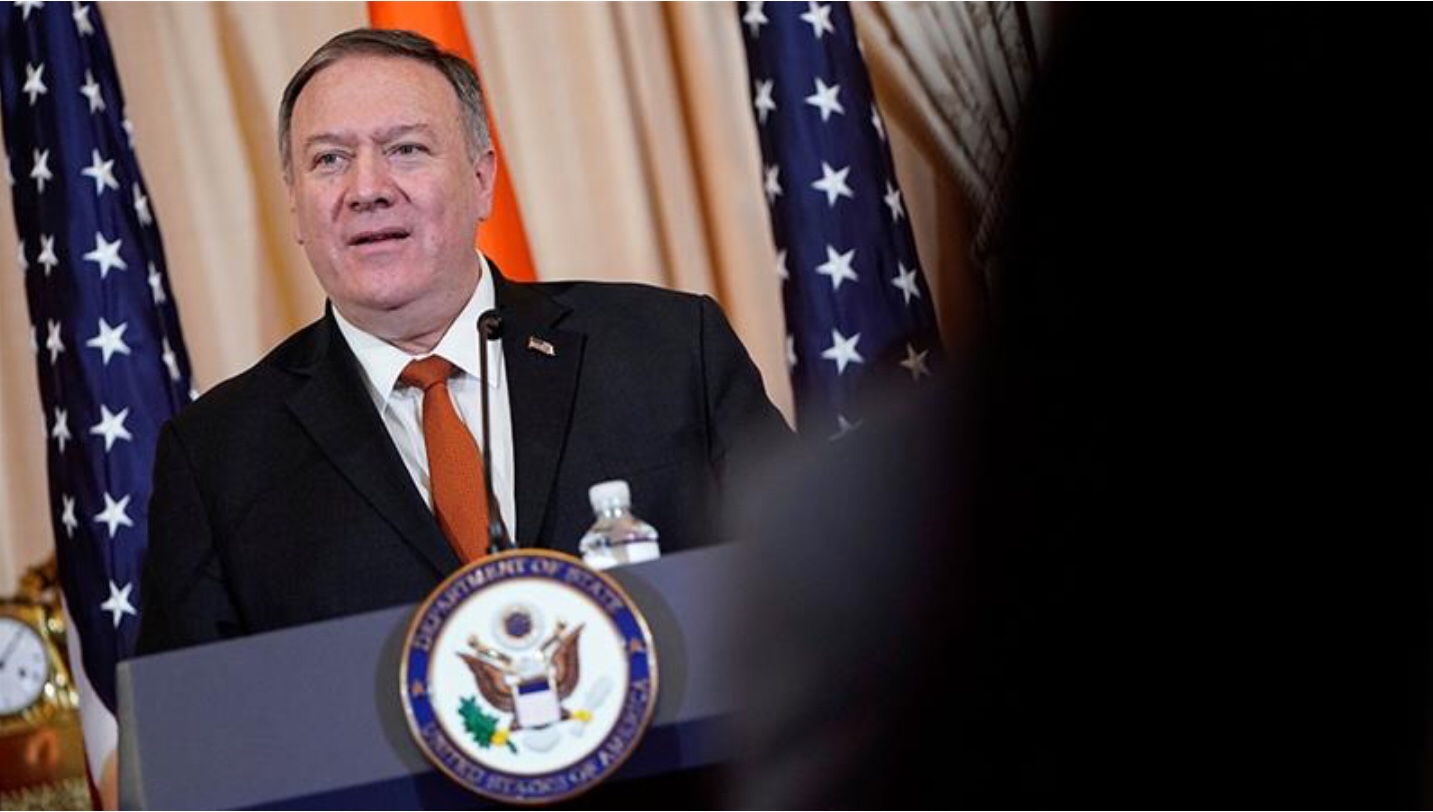 Protesters stormed the US embassy compound in Iraq this week after US air raids against an Iran-backed Shia group.

US Secretary of State Mike Pompeo on Wednesday postponed a trip to Ukraine so he could focus on the situation in Iraq after demonstrators attacked the US embassy in Baghdad.

Outraged by US air raids in Iraq and Syria that killed 25 fighters from an Iran-backed Shia group, protesters stormed the US embassy’s perimeter and hurled rocks during two days of protests over the weekend. They withdrew on Wednesday after Washington dispatched extra troops and threatened reprisals against Tehran.

Pompeo postponed his trip to Ukraine, Belarus, Kazakhstan, Uzbekistan, and Cyprus “due to the need for the Secretary to be in Washington, DC, to continue monitoring the ongoing situation in Iraq and ensure the safety and security of Americans in the Middle East,” State Department spokeswoman Morgan Ortagus said in a statement.

On Tuesday evening, Pompeo had told Fox News the Ukraine trip was still on.

Pompeo was set to reaffirm US support for Ukraine. The trip would have made Pompeo the most senior US official to visit Kyiv since a scandal erupted in 2019 over a controversial phone call in which Trump allegedly tried to pressure his Ukrainian counterpart Volodymyr Zelenskyy to find dirt on former Vice President and Democratic presidential hopeful Joe Biden.

Pompeo, a staunch Trump defender, was set to meet with Zelenskyy and other top Ukrainian officials, Ortagus said Monday when the trip was first announced.

The Ukraine scandal led to Trump’s impeachment by the US House of Representatives for abuse of power and obstruction of Congress on December 18 and the US president faces trial in the Senate, possibly later this month, though top Democratic and Republican legislators are still sparring over how it will be conducted.