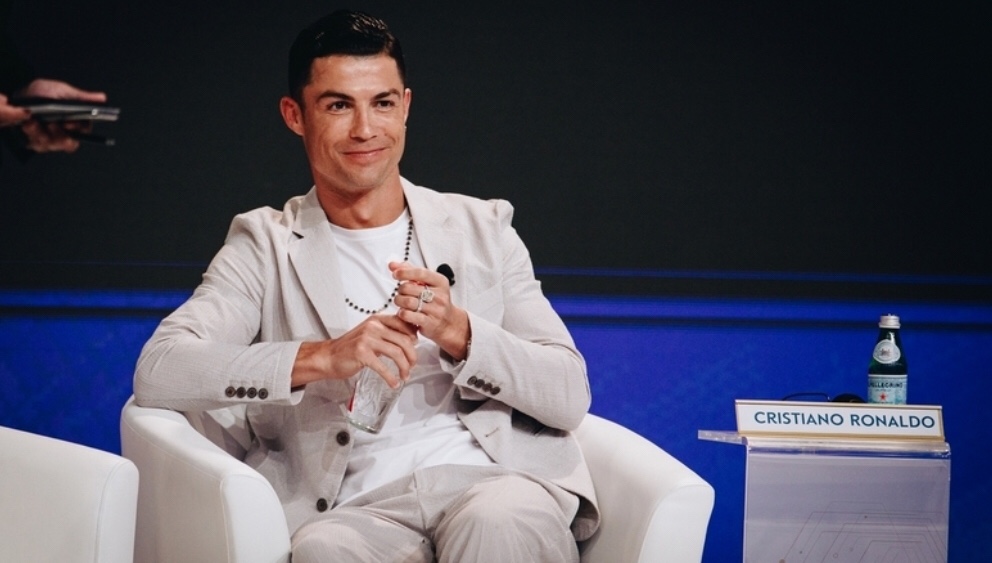 The 34-year-old Ronaldo, who has already scored 12 goals in 21 games for Juventus this season.

Portuguese legend Cristiano Ronaldo won his sixth Men’s Player of the Year award at the glittering Globe Soccer Awards ceremony in Dubai on Sunday.
The five-time Ballon d’Or winner was unstoppable as his 21 goals helped Juventus win the Serie A title last season. It was his first season in Juventus after leaving Real Madrid where he won two La Liga titles and four Champions League titles in nine unforgettable years.
The 34-year-old Ronaldo, who has already scored 12 goals in 21 games for Juventus this season, couldn’t hide his joy after winning the award in Dubai on Sunday.
“I have to thank my family, my friends, my teammates at Juventus and the Portugal national team. I have to thank the Arab community and Dubai. It’s such a wonderful place. I love coming to Dubai. It’s a beautiful award and I hope to win it again next year,” Ronaldo said as the noise level in the arena reached a deafening crescendo.
And the Best Women’s Player of the Year award went to Lucy Bronze of England.
“2019 has been an amazing year for women’s football. I am so proud to have won the award. I am dedicating this award to everyone who has worked so hard for women’s football,” Bronze said.
It was also a memorable night for Liverpool’s Brazilian star Alisson Becker who was named the goalkeeper of the year.
Becker helped Liverpool win the Champions League title last season as the Reds narrowly missed out on the Premier League title, losing an epic battle with Manchester City by one point.
“I am very happy to have won the Globe Soccer Awards. It will motivate me to play even better in future,” Becker said.
Liverpool were named the Club of the Year and manager Jurgen Klopp clinched the Coach of the Year award.
“This award looks nice and special. I am very happy that I coach a wonderful group of players at Liverpool,” said the German manager whose team, Liverpool, are in prime position this season to end their 29-year wait for the league title.
The legendary Ryan Giggs, who broke many a record playing for Liverpool’s bitter rivals Manchester United, received the Player Career award.
“I was lucky enough to play for the club, Manchester United, that I support. I thank all my teammates and Sir Alex Ferguson under who I played for so many years,” Giggs, one of the greatest wingers of all time, said.
Portuguese super agent Jorge Mendez was named the Agent of the year. “Thank you very much for the award. I would like to thank my family. I would like to also thank Juao Felix, the best young player in the world, and Cristiano Ronaldo, the best player in history,” Mendez said.
The 20-year-old Felix, Atletico Madrid’s rising Portuguese star, then clinched the world’s best Young Player of the Year award and Borussia Dortmund’s Moroccan star Ashraf Hakimi won the best young Arab player of the year award.
Meanwhile, Saudi Arabian giants Al Hilal won the best Arab Club of the Year award.