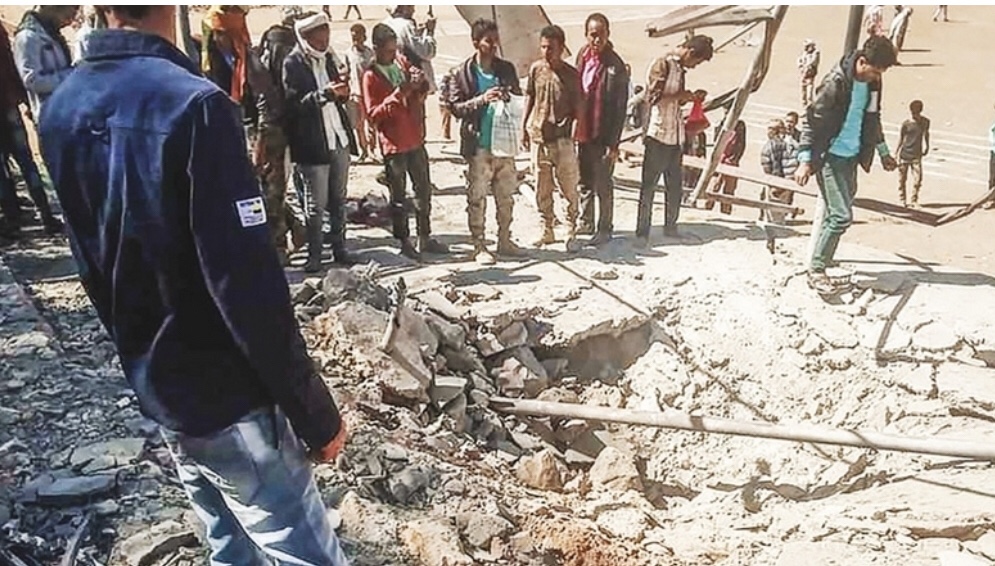 The explosion took place while the Resistance Forces were finishing a parade for new recruits.

Maged Al Shoebi, a spokesman for the group, blamed Houthi rebels for the attack.

The explosion took place while the STC, known as the Resistance Forces, were finishing a parade for new recruits at a soccer field in the capital of Dhale province, Al Shoebi said.

Footage circulated online of Sunday’s attack shows a hole in a stage at the edge of the field, apparently from an explosion, while other footage showed dead bodies on the ground.

At least 21 people, including civilians, were wounded in the blast, Al Shoebi said. He blamed the Houthis for the attack. The rebel group did not immediately comment.

The Houthis have been trying to wrest Dhale province for years, but without much progress.

The conflict in Yemen began with the 2014 takeover of Sanaa by the Houthi rebels. They drove out the government of President Abd-Rabbu Mansour Hadi, forcing him to flee to the south and eventually to Saudi Arabia, which entered the war in 2015.

The fighting in the Arab world’s poorest country has killed over 100,000 people and left millions suffering from food and medical shortages.